Samsung Smashes Apple With A Series Of ‘Ingenious’ Commercials 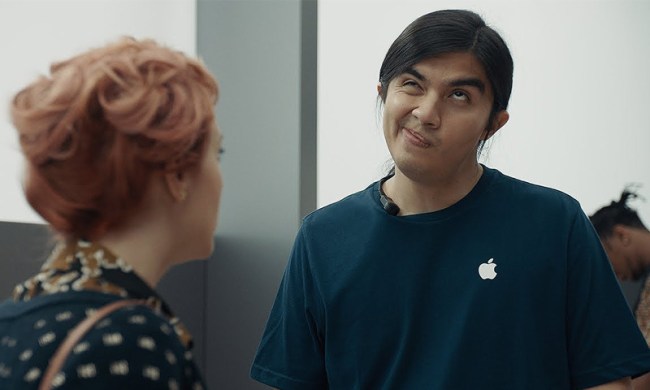 The heated competition between Samsung and Apple is one of the biggest rivalries today. Samsung has once again ignited the smartphone war by attacking Apple in a series of commercials titled “Ingenius.”

Samsung is not shy about throwing shade at Apple with ads. Last November, Samsung ruthlessly mocked Apple and trolled the iPhone X’s notch.

The newest ad campaign depicts an Apple Genius Bar employee having conversations with customers who are contemplating buying an iPhone or a Samsung Galaxy S9/S9+. The customers question whether or not the iPhone can compete with the Samsung Galaxy S9 in varying aspects.

The Samsung handset has a headphone jack where the newest iPhones require a dongle to use wired headphones. The S9 outperformed the iPhone X and the Google Pixel 2 by premiere camera and lens review website DxOMark and the S9 even scored the highest score that a smartphone has ever received.

While the commercials throw shade at Apple, not everything is peachy keen in Samsung’s world. The Samsung Galaxy S9 and S9+ are not selling as well as the Korean electronics giant would hope. Despite being a widely praised handset by critics and consumers, the sales for the S9 are worrying.

Samsung shipped fewer Galaxy S9 devices in the second quarter of 2018 than it did in the first quarter. This is an extremely telling figure because this would be the first time in the history of the Galaxy phone that Q2 sales have trailed Q1 sales.

While there is plenty to love about the S9 and S9+, there may not be enough advancements as well as a lack of a design change to entice customers to upgrade from the S8 and S8+ or other handsets. This also is concerning since the Galaxy Note 9 appears to look exactly like the Note 8. The Note 9 launches in August.