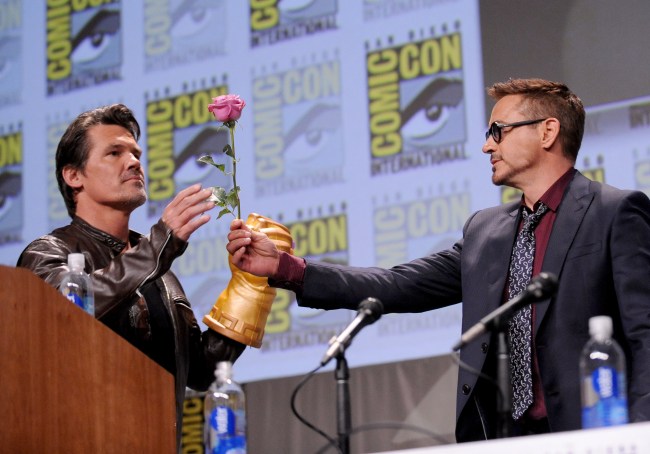 I don’t know why, but something about San Diego Comic-Con remaining temporarily committed to their usual late-July weekend reminded me of a stereotypical mob boss in a low budget gangster movie, ripping stogies and ordering executions.

“But sir,” the desperate consigliere pleaded, “People are dying! There’s no way we can make our July deadline.”

“Let me tell you something, you little cocksucka,” Don Comic-Con said as he grabbed his cowering right-hand-man by the back of his cold sweat-covered neck. “Nothing… nothing slows this train down. The world burns and we build our empire atop its ashes. The trailers must be shown. The cosplay must be adorned. The show must go on. San Diego Comic-Con is happening whether you like it or not, you rat fuck you.”

In case my legitimately nonsensical and borderline delusional snippets of mob boss fanfiction didn’t aptly convey what’s happening here, I’ll explain it literally: yesterday, San Diego Comic-Con — one of the biggest weekends in pop culture that results in over 100,000 people flooding the San Diego Convention Center — announced that they remain hopeful that the convention will be able to take place in July as scheduled.

As we continue to monitor the situation with local authorities, we will post updates on our social channels! Until then, remember: “A hero is an ordinary individual who finds strength to persevere and endure in spite of overwhelming obstacles.” — Christopher Reeve 2/2

Don’t get me wrong, there’s nothing wrong with a little optimism — I appreciate the hopefulness required to believe the convention will continue as scheduled — but there’s a point were optimism becomes reckless conjecture and San Diego Comic-Con is flirting with that line in the sand.

This year’s Comic-Con was set to take place from July 23 to the 26th, which is 112 days from the time of this writing, and it’s difficult to imagine mass gatherings of that size being allowed just three months from now.