The Next ‘The Mandalorian’ Episode Will Introduce Sasha Banks’ Key Character 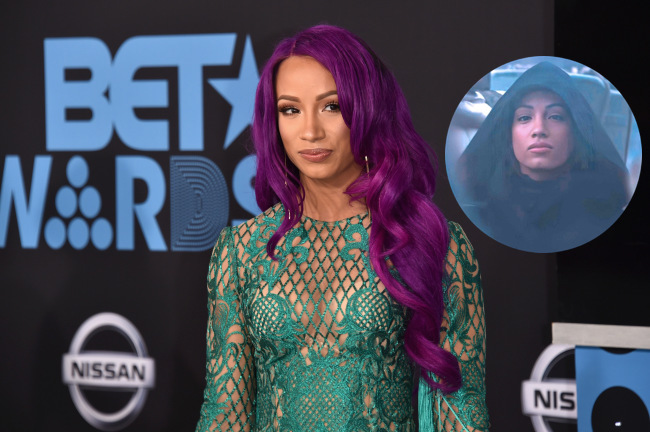 While you’d be forgiven for thinking that last week consisted of nothing but the Presidential Election — it certainly felt that way — there were a few other things happening in the world, such as the latest episode of The Mandalorian (which was perhaps the series’ worst episode yet, of course) dropping on Friday.

Continuing the trend from Chapter 9, Chapter 10 didn’t make any major plot revelations and instead sent Mando and The Child on an adventure to a snow planet where they encounter and subsequently fend off Alien-esque spiders with the help of some friendly X-Wing pilots.

Truth be told, I’ve not been all that impressed with season two of The Mandalorian thus far as the series has largely ignored its Moff Gideon and Baby Yoda-driven A-plot in favor of “adventure of the week” type episodes, so hopefully, Chapter 11 is where the season will begin to get on track and focus on the show’s most compelling narrative: the past and future of Baby Yoda.

Hopefully, it appears as Chapter 11 may finally set the series back on track, though, as the recently released official synopsis suggests we’re finally going to be meeting Sasha Banks’ character Sabine Wren, a Mandalorian warrior who first made her debut in the animated series Star Wars Rebels.

RELATED: Breaking Down “The Passenger”, Chapter 10 of ‘The Mandalorian’

According to Wookiepedia, Sabine Wren was “a revolutionary leader during the early rebellion against the Galactic Empire” whose “artistry during the rebellion inspired the symbol of the Alliance to Restore the Republic, and her claim over the ancient Mandalorian weapon known as the Darksaber made her a symbol to Clan Wren and the hopes of freeing her people’s homeworld of Mandalore from the rule of the Empire.”

Given that the Darksaber was introduced in the season one finale — it’s currently in the possession of Moff Gideon — and that Wren will be the first Mandalorian that Din Djarin has found since beginning his quest, Chapter 11 seems to be the episode to reignite the series A-plot, which is when this show is at the peak of its powers.

The Post-Credit Podcast is reviewing every episode of The Mandalorian with full recap pods that drop on Fridays, so make sure to subscribe and check those out.