‘The Mandalorian’ Chapter 10 Breakdown: “The Passenger” 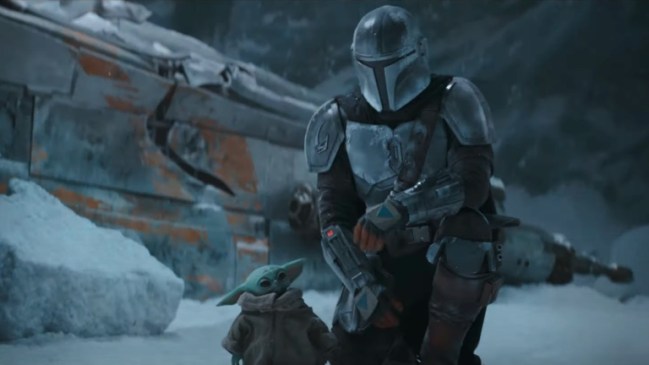 The Mandalorian provided us a reprieve from the seemingly never-ending Presidential Election as the second episode of season two — “Chapter 10: The Passenger” — dropped on Friday morning, so make sure to check out our full recap podcast.

Similar to the season two premiere, “The Passenger” was *yet another* adventure-of-the-week episode, as Mando was tasked with bringing an amphibious creature and her precious eggs to another planet. I say “yet another” because The Mandalorian is at its best when it’s utilizing serialized storytelling and not one-off episodic adventures, and yet there’s been no real substance in season two’s plot so far: it’s mainly been Mando goes here and does this and then moves on. While the CGI is truly astounding — there are tons of incredible action sequences in this episode — impressive technology and deep-cut Easter Eggs are only going to take this series so far, it needs substance.

Watch The Mandalorian exclusively on Disney+

That said, this episode’s dip into Alien-esque space horror was a thrilling expansion of genre and something I’d like to see more of, as The Mandalorian also flourishes when it’s leaning into genres not usually associated with the Star Wars universe, the primary example being its western roots.

Overall, while it was an entertaining 40-minutes — these adventure-of-the-weeks have been stronger than season one, I’d take this episode over last season’s Bill Burr episode — this episode was ultimately a hollow nothing-burger, as it failed to develop any of the major plot points that were the narrative propulsion of season one.

3 in first scene, plus countless spiders.

Mando says “may the force be with you!” when speaking with New Republic X-Wing pilots.

Mando vs. the horde of alien spiders.

After rescuing him from the horde of spiders, the X-Wing pilots reference a time Mando put as life at risk to save Lt. Davan from the New Republic Correctional Core. That’s the New Republic guard at the prison from “Chapter 6: The Prisoner” that was involved in the Mexican standoff with Mando and Bill Burr’s character.

If Moff Gideon doesn’t show up in Episode 3, we’re going to have a problem on our hands. The Mandalorian is at its strongest when it’s advancing its main characters and its main plot, so going three episodes of the second season without updating us on the primary antagonist would be a critical storytelling error.