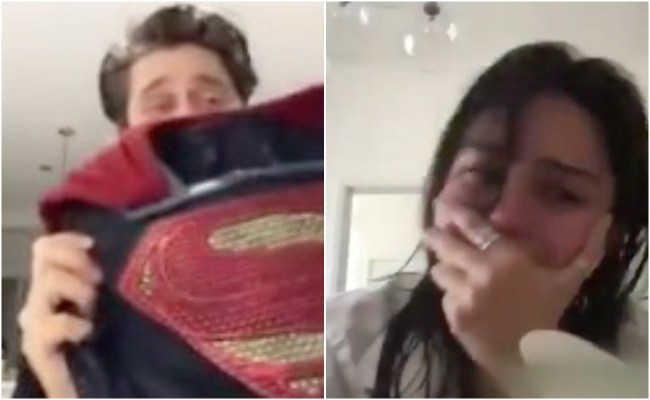 Yes, Hollywood — particularly the comic book movie industry — can feel cold, calculated, and commodified. And yes, to Martin Scorsese’s point from earlier this week, the streaming era has, intentionally or not, cheapened the cinematic experience.

But beneath all of that anti-elitist and anti-consumerism sentiment that most fans harbor towards Hollywood (we don’t want to feel like we’re simply being used for our dollar, which we are), there are still many very real human beings living out their dreams behind-the-scenes. Sasha Calle is one of those people.

While Calle isn’t necessarily an unknown — the 26-year-old was nominated for a Daytime Emmy for her work on The Young and the Restless — she certainly isn’t a household name, as she only has eight acting credits to her name. And that’s all about to change.

Calle, beating out over 425 actresses for the role, has been cast as Supergirl in the DCEU and will make her debut in 2022’s The Flash. Director Andy Muschietti (who helmed It and its sequel) recorded the moment Calle learned the news and the Boston-born actress’s reaction is as awesome you’d expect. After all, it’s not very often you get the witness the moment someone realizes their life is about to change forever.

“I saw more than four hundred auditions. The talent pool was truly amazing and it was very hard to make a decision, but we finally found an actress who was destined to play this role,” said The Flash director Andy Muschietti.

Calle will fly to The Flash production soon. Calle’s discovery here is akin to what Warners and Zack Snyder did in casting fresh face Gal Gadot, who was known previously from Fast & Furious 6, in the role of Wonder Woman, which catapulted here into being a global star; the Israeli actress making her debut as that DC superhero initially in Batman v. Superman: Dawn of Justice before starring in Wonder Woman, Wonder Woman 1984 and Justice League. [via Deadline]

The Flash, which will also star Ezra Miller as the titular speedster, Ben Affleck as Batman, AND Michael Keaton as Batman, is currently scheduled to hit theaters in the United States on November 4, 2022.