Official ‘Saved By The Bell’ Trailer Gives Us Our First Look At Zack, Kelly And The Rest Of The Gang 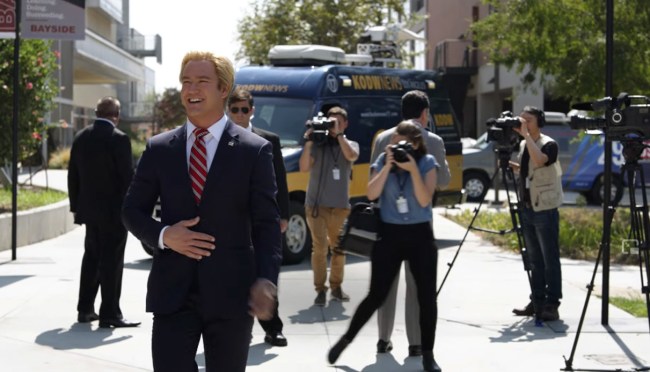 Well, it’s really happening, and now we’ve got an official trailer to prove it. Saved by the Bell is officially back.

A.C. Slater (Mario Lopez), Jessie Spano (Elizabeth Berkley), Zack Morris (Mark-Paul Gosselaar) and Kelly Kapowski (Tiffani Amber Thiessen) are all here too. (Sorry, no Lisa Turtle or Screech – who did not die in a prison riot.)

Slater is now a physical education teacher and coach at Bayside High. Jessie is the mother of one of the students, Jamie. Zack is also the parent of a Bayside student, as well as being the Governor of California. While Kelly is married to Zack and is the mother of their son Mac.

In the new series, when California governor Zack Morris gets into hot water for closing too many underfunded high schools, he proposes they send the affected students to the most well-funded schools in the state – including Bayside High. The influx of new students gives the privileged Bayside kids (who never have a problem that can’t be solved in twenty-two minutes) a much-needed dose of reality.

That dang Zack. Always stirring things up, am I right?

Back in February, Dustin Diamond told TMZ, “I’m one of the rare people who was in every episode. I was in literally every episode. Out of al lthe cast mamebers I was in the majority, I was in the most. And that’s not the case anymore, if I’m not in the new one, then you know… how do you have Saved by the Bell without Screech? Right? I mean, it seems like there’s a missed opportunity there. It’s kind of, what’s the old saying about cutting off the hand? Cutting off the finger to spite the hand? Or, cutting off the nose to save, spite the face? Something like that.”

The rebooted Saved by the Bell premieres on Wednesday, Nov. 25 on Peacock.