Sorry, Twitter, But Screech From ‘Saved By The Bell’ Did Not Die In A Prison Riot 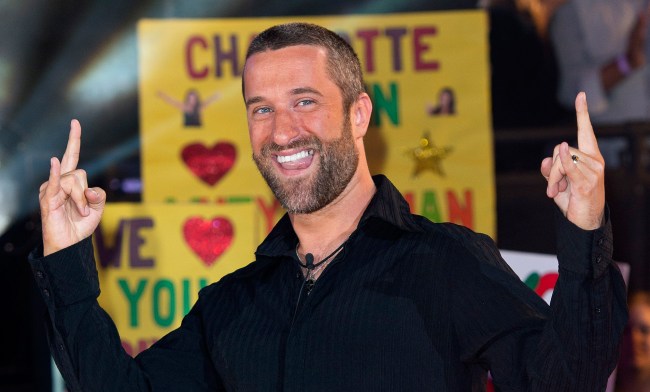 Dustin Diamond, best known as Screech from Saved by the Bell, has certainly had his share of issues and run-ins with the law since the show’s spin-off Saved by the Bell: The New Class finally called it quits in the year 2000.

From getting arrested for first-degree recklessly endangering safety and carrying a concealed weapon to being sentenced to four months in prison for carrying a concealed weapon and disorderly conduct at a bar when they told him no after he tried to ice them at a bar to releasing his own sex tape that no one wanted to see, Diamond hasn’t exactly seen his star rise since Saved by the Bell ended.

Still, he has gotten some work in forgettable films like Tetherball: The Movie and Hamlet A.D.D. He even appeared on Series 12 of the UK’s Celebrity Big Brother.

He, along with Lisa Turtle (Lark Voohries), however, were not asked to return for the upcoming Saved by the Bell reboot.

Related: Mario Lopez Gives His Thoughts On The Upcoming ‘Saved By The Bell’ Reboot

While all of that is certainly a bummer, at least he’s not dead, as many on Twitter believed this week when a story claiming Diamond had died in a prison riot at the age of 43.

I was a A.C.Slater fan but R.I.P. to Screech🙏🏽 pic.twitter.com/Dz8TYeIdxU

Dam not my boy screech 😔 pic.twitter.com/U5bmfQPXjb

The story made so many waves on the internet that even the iconic new service Reuters felt the need to publish an article pointing out that Screech was still very much alive.

The article in question, headlined “Saved By The Bell’s, Dustin “Screech” Diamond Killed In Prison Riot At Age 43”, appeared on the website Ringsssss.

In its ‘About Us’ section, Ringsssss describes itself as a “fabricated satirical newspaper and comedy website” that uses fictional names in its stories “except in cases when public figures are being satirized.”

The death of a public figure like this would have gathered significant attention and would have been reported by news organizations. Aside from the satirical article, Reuters found no other report.

The article in question literally begins with a false fact claiming Diamond was “finishing up a 15 year sentence for a stabbing that happened after someone criticized his comedic skills and heckled him at a comedy club.”

None of that happened.

damn screech my guy did a whole stretch and got killed pic.twitter.com/efrXecDmcH

Nor is Diamond’s family “asking for donations to help pay off strip clubs and bars.”

So screech from Saved by the Bell was killed in prison ?? 😳

Nor did Diamond get shanked in the neck “severing the carotid artery causing a dramatic loss of blood resulting in his death.”

Woooww RiP Screech from Saved By the Bell… Geeez man…

Please let your friends suffering with the loss of Screech know that Dustin Diamond is still alive, people.

Ummmm so Screech died in a prison riot……he was in prison for stabbing someone who criticized his comedic skills?! How did I miss that?!?!