Saving Superman: What Ails Kal-El Goes Beyond His Race 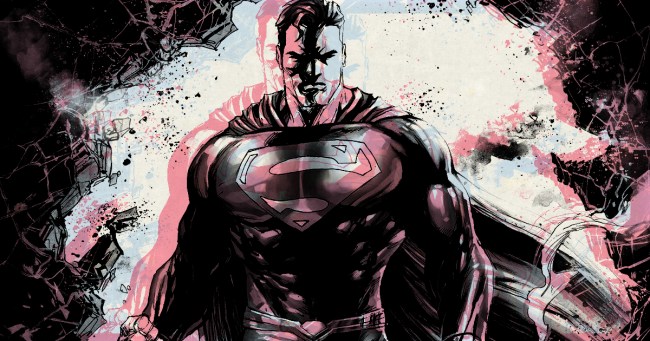 On Friday, it was announced that Warner Bros. would be rebooting Superman with J.J. Abrams set to produce and Ta-Nehisi Coates tapped to pen the script. The intention, reports indicate, is to introduce audiences to a Black Superman.

“Ta-Nehisi Coates’s Between the World and Me opened a window and changed the way many of us see the world,” Toby Emmerich, Chairman of Warner Bros. Pictures Group told Shadow and Act. “We’re confident that his take on Superman will give fans a new and exciting way to see the Man of Steel.”

But while this welcomed paradigm shift may provide a fresh take on the Man of Steel, it may not ultimately be enough to save him, because the issue facing Superman is not one of race, gender, or culture, but society-at-large itself. Kal-El is closing in on becoming a century old and the world he inhabits today is unrecognizable to the one he was born in.

For centuries, mankind walked, ran, and rode on horseback, spending incomprehensible chunks of their lives simply commuting from point A to point B. Then, barely 50 years after the first Ford Model T rolled out of the Ford Piquette Avenue Plant in Detroit, the first bullet train began operation in Japan. Five years after that, we put a man on the moon. Here you are now, likely reading this article on an iPhone, something that didn’t even exist 15-years-ago.

The general opinion regarding the Man of Tomorrow could perhaps be considered in the same light, as a society that’s lived through, and survived, the second half of the 20th century and the beginning of the 21st may not have the same appetite for the unbridled optimism that Superman provides. It’s why characters like Batman and Iron Man and Spider-Man have thrived over the course of the last quarter-century, as the men behind those masks are more representative of who we’ve become, rather than Superman’s hopeful projection of who we yet might be. Conversely, the isolated billionaire or the rebellious teenager driven to greatness by personal tragedy has become far more relatable than the sinless farm boy who’s obligated to it. Technicolor Midwestern Americana has been swapped out for the monochromatic skyscrapers of the coast. The dream of what we should be has become the reality of what we are.

Saving Superman, oddly enough, finds itself as being both the question and the answer. The character needs a refreshing, a retooling, a rebooting — but how do you save something that’s bulletproof? How do you strip down the impenetrable? His very nature, both physically and metaphorically, is what allows him to endure, but it also saps him of the human interest, the conflict, that other superheroes thrive upon. Superman is boring, even his most ardent fans will admit as much. Without fundamentally rewriting the character’s very nature, his qualities and his flaws, occupying two sides of the same coin, might be embedded too deeply to be undone, rewritten, and retrofitted for a world that’s aged nearly one hundred years since Kal-El first crash-landed in Kansas. Just look at what’s happened to baseball.

And that may be a complexity too grand to be remedied, even with something as dramatic, and necessary, as introducing generally monolithic audiences to an iteration of a character that might make some of them uncomfortable. In fact, there’s a sound argument to be made that adding the ever-metastasizing element of American race relations to Kal-El’s fabled tale would make his origin all the more compelling.

A Black Superman would be a triumph, both societally and cinematically, but would it be a cure? Would Superman be saved? Can he be saved? With every passing year that question remains unanswered, the ultimate answer becomes all the more elusive. If Captain America is a man out of time, Superman is a man stuck in it.