The ‘Saw’ Franchise Is Getting A Reboot Courtesy Of Horror Mastermind…Chris Rock? 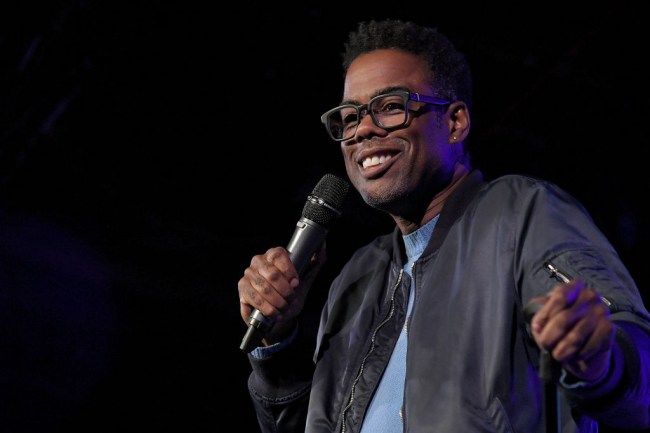 I’m a huge fan of the horror movies—as in “I paid real, actual money to see Unfriended: Dark Web in a theater” huge—and if you couldn’t tell from the example I just gave, I’m willing to give virtually anything a shot regardless of how dumb it sounds or how scathing the reviews are.

As a result, I unironically adore some films that have been absolutely derided by critics—sure, Purge: Election Day probably isn’t going to get added to the Criterion Collection any time soon but I’m not ashamed to admit that I’ve seen it four times.

There are a lot of people out there who would argue the horror genre has suffered over the past 15 years or so thanks to the deluge of sequels like that one in which a cool and original idea is milked for as much money as humanly possible.

While there are some exceptions, virtually every “good” horror movie in recent memory—Sinister, The Conjuring, Paranormal Activity—has had its legacy tarnished by at least one underwhelming follow-up. However, I don’t know if any single franchise managed to run a good concept into the ground quite like Saw did.

The original Saw is, by most accounts, a good movie that also managed to spawn an iconic horror character, which meant it was only a matter of time until it was going to become a shell of its former self.

Saw fulfilled its destiny in the form of seven increasingly disappointing sequels and seemed to finally (and mercifully) end with 2017’s Jigsaw, but if you thought that was the last we were going to see of Saw, you obviously haven’t been paying attention to how Hollywood works.

According to Variety, Saw will be getting a reset in 2020 thanks to Lionsgate, which has decided to bring it back with the help of veteran master of horror….Chris Rock?

The comedy legend—who said he’s a longtime fan of the franchise—will reportedly be serving as an executive producer on the movie and helping to develop the story he came up with and pitched to the studio that made this fairly unlikely pairing a reality.

Of course, this isn’t without precedent—Danny McBride of Eastbound and Down fame helped write the recent Halloween reboot and I think most people would agree Jordan Peele has done a pretty good job pivoting from comedy to horror.

I guess we’ll see how Rock manages to fare.