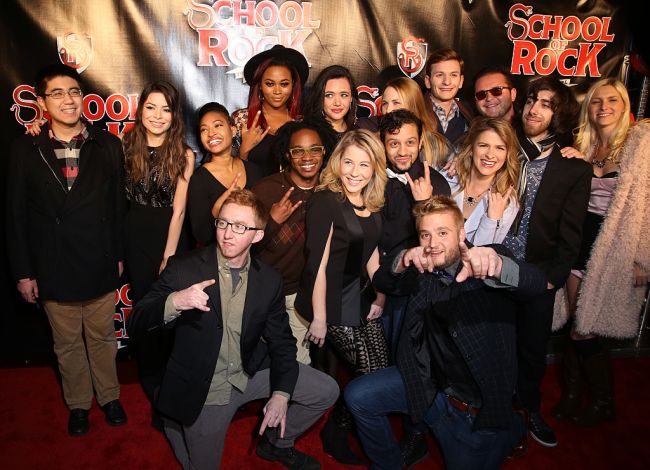 18 years after ‘School of Rock’ was released, two of the original stars are dating in real life. TikTok user @marfymae posted about the important revelation and it sent the internet into a frenzy.

The iconic film was released in 2003 and stars Jack Black as a fake substitute teacher, Dewey Finn, who turns his class into a legit rock band. Angelo Massagli, who played Frankie, and Caitlin Hale, who played Marta, are a serious couple almost two decades later.

NOT FRANKIE AND MARTA FROM SCHOOL OF ROCK BEING A REAL LIFE COUPLE THO pic.twitter.com/xa5GT5P4tu

Frankie was a part of the band’s security team, while Marta was a backup singer for the group and was often called “Blondie” by her teacher. It’s not entirely clear when the couple reconnected, but they met in Miami and posted their first pictures together in 2018.

Neither of the two went on to continue in the film industry, but they are both brilliant and appear to live in New York City. Hale is an ultrasound technologist and her boyfriend Angelo recently graduated from law school.

Don’t you wonder how they got together? Did one of them slide into the other’s DMs? Maybe they ran into each other at a bar and couldn’t believe it? Perhaps the two rekindled at a reunion? No matter how it happened, fans of the movie couldn’t have been more excited.

“This isn’t tacky and I don’t hate it,” one wrote in homage to a famous line from the movie. “If Jack Black isn’t invited to the wedding I s2g,” another added.

I, for one, do not always find an interest in celebrity couples. Whether this qualifies as a “celebrity couple” or not is to be determined, but I was captivated when I found out.