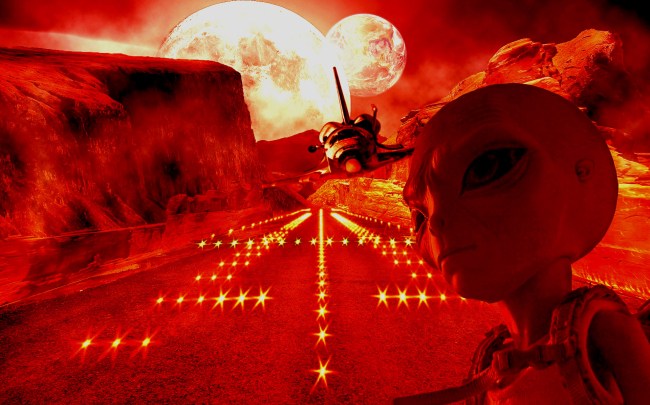 First, before we get started here, we’re all in agreement that aliens do exist and there are people in the United States government who know this to be a fact, right? Okay, great. You two, there in the back, shaking your heads, you can leave.

Now then, with that out of the way, let’s dig into this story that was recently told by one Gilbert V. Levin, the principal investigator of the Labeled Release (LR) life detection experiment on NASA Viking missions to Mars in the 1970s.

What is the Labeled Release life detection experiment? According to a book titled Mars: The Living Planet, co-authored by Levin with Barry DiGregorio and Patricia Ann Straat, the LE experiment involved the testing of a sample of Martian soil to see if life had once been present on the red planet.

Levin claims that those LR experiment tests did, in fact, indicate the presence of some type of living organisms.

More recently, Levin wrote about it in an article for Scientific American.

On July 30, 1976, the LR returned its initial results from Mars. Amazingly, they were positive. As the experiment progressed, a total of four positive results, supported by five varied controls, streamed down from the twin Viking spacecraft landed some 4,000 miles apart. The data curves signaled the detection of microbial respiration on the Red Planet. The curves from Mars were similar to those produced by LR tests of soils on Earth. It seemed we had answered that ultimate question.

When the Viking Molecular Analysis Experiment failed to detect organic matter, the essence of life, however, NASA concluded that the LR had found a substance mimicking life, but not life. Inexplicably, over the 43 years since Viking, none of NASA’s subsequent Mars landers has carried a life detection instrument to follow up on these exciting results. Instead the agency launched a series of missions to Mars to determine whether there was ever a habitat suitable for life and, if so, eventually to bring samples to Earth for biological examination.

Why is Levin bringing this subject up again now?

NASA maintains the search for alien life among its highest priorities. On February 13, 2019, NASA Administrator Jim Bridenstine said we might find microbial life on Mars. Our nation has now committed to sending astronauts to Mars. Any life there might threaten them, and us upon their return. Thus, the issue of life on Mars is now front and center. 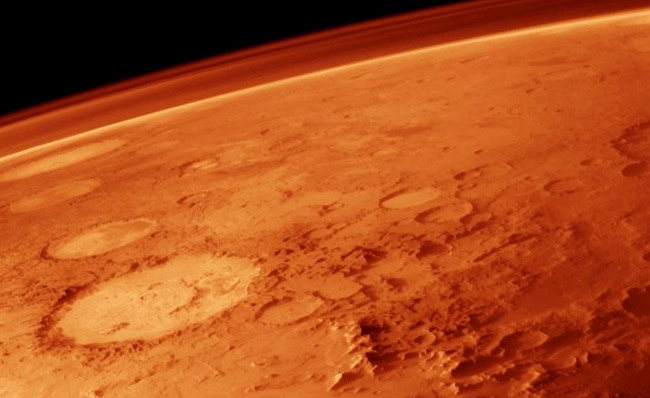 Levin goes on to provide a bunch of data in an attempt to support his claims, including…

• Surface water sufficient to sustain microorganisms was found on Mars by Viking, Pathfinder, Phoenix and Curiosity.

• Complex organics, have been reported on Mars by Curiosity’s scientists, possibly including kerogen, which could be of biological origin.

• The Martian atmosphere is in disequilibrium: its CO2 should long ago have been converted to CO by the sun’s UV light; thus the CO2 is being regenerated, possibly by microorganisms as on Earth.

• Large structures resembling terrestrial stromatolites (formed by microorganisms) were found by Curiosity; a statistical analysis of their complex features showed less than a 0.04 percent probability that the similarity was caused by chance alone.

Mass extinctions over the ages have been tied to giant meteorite or comet strikes. But such cataclysms could perhaps be more fully explained, he said, if science considers the possibility that extra-terrestrial viruses played a role, for example when the age of the dinosaurs ended 65 million years ago.

Read Levin’s entire article for Scientific American here. The scientific papers published about the LR are available on Levin’s web site if you want to check those out.