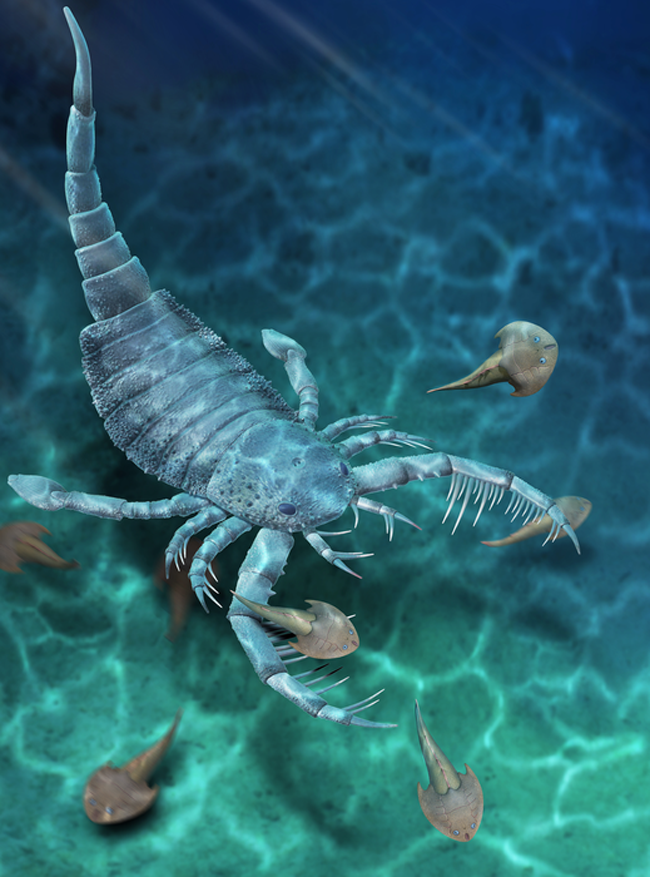 Scorpions are nasty little creatures. With their eight legs, a pair of pain-inducing pincers, and a tail that ends with a stinger, they’ve been some of the meanest creatures on this planet for centuries. They can be found in folklore, astrology, mythology, video games, and company logos.

Now, however, according to a recent discovery, we know that there was also once something similar found stalking the waters around China called a “sea scorpion” … and their description is terrifying.

Technically, these newly discovered sea scorpions, which also technically aren’t scorpions, are called Terropterus xiushanensis and they lived about 435 million years ago.

Discovered in China’s Xiushan Formation, these sea scorpions are estimated to have been nearly a meter (3.3 feet) in length.

“Eurypterids, or sea scorpions, are an important group of mid-Paleozoic chelicerate arthropods whose evolution and paleoecological significance have attracted much attention in recent years,” said Professor Bo Wang of the Nanjing Institute of Geology and Palaeontology of the Chinese Academy of Sciences.

“One of the most remarkable eurypterid families is Mixopteridae, whose members are quite large and superficially scorpion-like eurypterids bearing highly specialized anterior appendages.”

“Their second, and especially the third, pair of prosomal limbs are enlarged and very spiny. These limbs were presumably used for prey-capture, and analogies can be drawn with the ‘catching basket’ formed by the spiny pedipalps of whip spiders among the arachnids.”

Eurypterids are the largest known arthropods to have ever existed with the largest, Jaekelopterus, growing up to 2.5 meters (8.2 feet) in length.