Scientists, Doing God’s Work, Have Finally Calculated How Many Hot Dogs A Person Can Eat 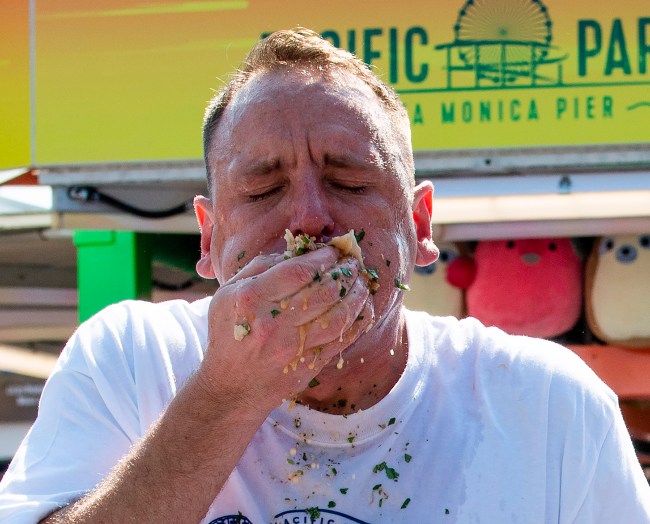 Finally, an answer to the question we’ve all been asking: how many hot dogs can a human eat in one sitting? 83, according to Dr. Smoliga.

He has now published the full analysis, which calculated this number based on 39 years of historical data from the Nathan’s contest, as well as on mathematical models of human performance that consider the potential for extreme athletic feats.

Sounds totally reliable. Until, you know, Joey Chestnut and Takeru Kobeyashi combine their hungriest sperm to create a shark child who starts his day with a 100-hot dog breakfast trough.

At a certain point, scientists need to stay away from stuff like competitive eating, endurance running times, and how far someone like the Mountain can carry a Boeing 777. We simply can’t know what humans will be capable of in 50 years. Stop throwing down the gauntlet, scientists. Your predictions are merely challenges.

In the words of George Bernard Shaw, immortalized by Bobby Kennedy, “There are those that look at things the way they are, and ask why? I dream of things that never were, and ask why not?”