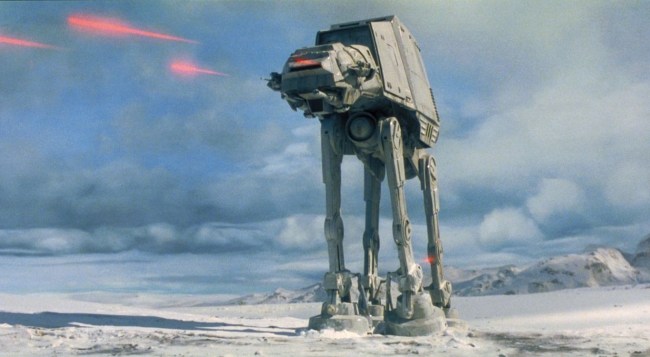 For the first time in a long time, the Star Wars franchise finds itself in unfamiliar territory, as the release of The Rise of Skywalker also marked the end of the main franchise that has been running since the original Star Wars back in 1977.

While the future of the galaxy far, far away seems to be trending towards streaming on Disney+ — which, considering how good The Mandalorian was, I’m fine with — I promise you this, the Mouse House will always make tentpole Star Wars movies for as long as we are on this Earth.

Thus, the question is not if we’ll get a new Star Wars movie, but what kind of Star Wars movie it’ll be. In my opinion, Star Wars is at its best when it’s pushing its boundaries (like The Mandalorian and Rogue One, for example), so this idea from Doctor Strange director Scott Derrickson about an R-rated horror movie set on Hoth would certainly be something that I’d be interested in seeing.

In a tweet that’s since been deleted, Derrickson wrote, “Just asked what kind of Star Wars movie I would make. I answered that I would make HOTH — an R-rated frozen planet horror film in the vein of The Thing or Lovecraft’s In The Mountains of Madness, with zero connection to any previous characters or storylines.” [via Uproxx]

Derrickson has certainly been vocal about what projects he’d like to see made ever since departing from Doctor Strange In the Multiverse of Madness, as he recently indicated that he’d love to direct a Constantine movie for DC.

As for Derrickson’s previous project, Doctor Strange In the Multiverse of Madness is set to hit theaters in the United States on Friday, May 7, 2021.