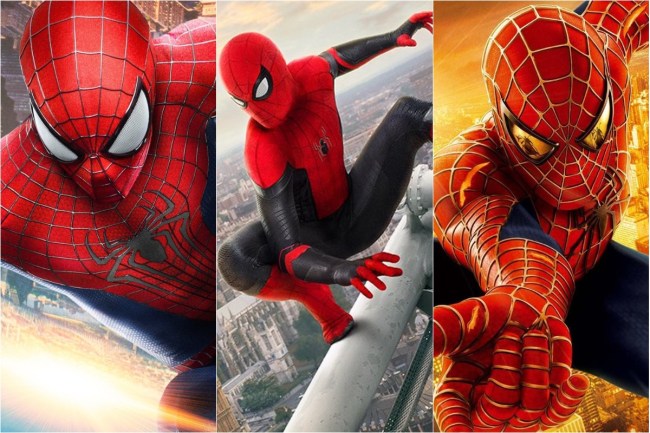 While the Marvel Cinematic Universe has been slowly and steadily building towards the expansion of the multiverse — the introduction of the quantum realm, alternate timelines, etc. — the staple of comic book storytelling is closer than ever to becoming a reality on the big screen due to some recent developments within the franchise, particularly when it comes to whatever’s going on with Scarlet Witch, Doctor Strange, and Spider-Man, as the trio are all set to intersect in the coming years.

While 2020 is the first year since 2009 without any new #MCU content, there have still been tons of exciting developments in the Marvel Cinematic Universe🍿 pic.twitter.com/ScP1HMlreL

As things currently stand, Scarlet Witch is confirmed to appear in Doctor Strange 2, while the Sorcerer Supreme is also locked into Spider-Man 3. Not only that, but Jamie Foxx’s Electro from the previous, non-MCU Spider-Man franchise is also set to star, thus leading fans to speculate about what exactly Marvel is building towards.

Scott Derrickson, the director of the first Doctor Strange, seemed to casually confirm that the other Spider-Man portrayals are now technically fair game in the Marvel Cinematic Universe, saying on Twitter that  “all Spider-man iterations are defacto MCU.”

All Spider-man iterations are defacto MCU.

RELATED: Here’s How The MCU Is Building Towards Its Own Live-Action ‘Spider-Verse’

Given that both Doctor Strange and Jamie Foxx’s Electro are set to appear in Spider-Man 3, *and* that Derrickson was involved in the production of Doctor Strange 2 prior to his departure due to “creative differences”, this may be something of a Freudian slip that suggest Derrickson has an idea of what’s to come.

Coincidentally enough, following Derrickson’s departure, none other than cult horror hero Sam Raimi — director of the original beloved Tobey Maguire-starring Spider-Man franchise — was hired to take over directing Doctor Strange in the Multiverse of Madness, which is set to begin production in the coming weeks and hit theaters in early 2022.