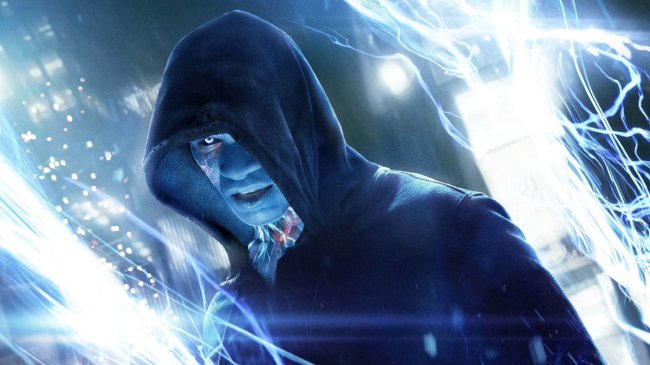 Earlier this week, the legitimately shocking (that’s an electricity pun, by the way) news that Jamie Foxx is set to return as Electro for Marvel’s upcoming Spider-Man 3 was announced, sending fans into a frenzy over what this development means for the future of the Marvel Cinematic Universe.

As you already know, Foxx has already portrayed Maxx Dillon/Electro in a Spider-Man film, but it was in 2012’s The Amazing Spider-Man alongside Andrew Garfield, which is obviously an entirely different franchise than the one currently unfolding in the MCU.

Luckily, though, while Foxx will be returning to the role, some of the character’s most controversial features will not, as the Academy Award winner said in a since-deleted Instagram post that Electro “won’t be blue in this one.”

“Super excited to be part of the new Marvel Spider-Man … And I won’t be blue in this one … But a thousand percent badass,” Foxx wrote on an Instagram post that he since been deleted.

He also teased the Spider-Verse by reposting fan art 👀

As I detailed in my original article when the news broke, Foxx’s casting further confirms that the Marvel Cinematic Universe is now set to lean all the way into the multiverse, which was a concept that was introduced and explored in Spider-Man: Into the Spider-Verse.

The multiverse is a concept that’s been on its way to the MCU ever since the franchise introduced the quantum realm and time travel in Ant-Man and the Wasp and Avengers: Endgame. It was also teased in Spider-Man: Far From Home, with Jake Gyllenhaal’s Mysterio claiming to be from an alternate dimension, and is rumored to factor into both WandaVision and Doctor Strange in the Multiverse of Madness.

With Foxx’s return now confirmed, the focus now shifts to the titular hero: will other versions of Spider-Man also appear? If Foxx’s Electro is popping up, then why wouldn’t Andrew Garfield’s Spidey? While I can’t say I’m 100% confident, it sure does look like Marvel Studios is setting out to make a live-action version of Into the Spider-Verse. Just imagine Tobey Maguire popping up in his emo suit from the original Spider-Man 3. Glorious.