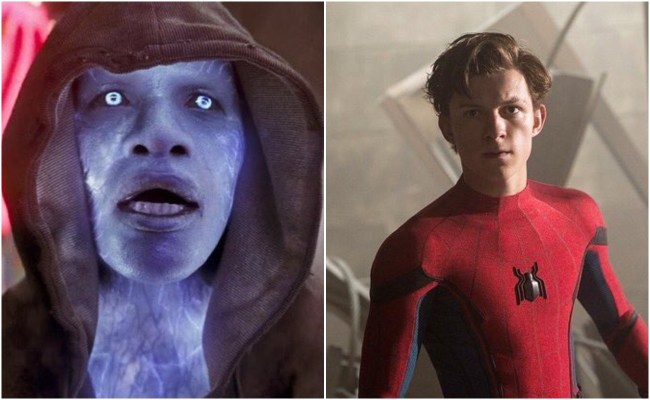 In case you didn’t already know, now you do: the multiverse is on its way to the Marvel Cinematic Universe, as news has broke that Jamie Foxx is set to return as Electro — the character he played in the Andrew Garfield-starring The Amazing Spider-Man 2 — in the upcoming Spider-Man 3.

Jamie Foxx, who played classic Spidey villain Electro in the Andrew Garfield-starring The Amazing Spider-Man 2, is in final talks to reprise the role for the latest Spider-Man installment, starring Tom Holland and being made by Marvel Studios and Sony Pictures.

Jon Watts, the filmmaker behind Homecoming and last year’s Spider-Man: Far From Home, is in the director’s chair for the third installment, which Sony has dated for Dec. 17, 2021 — although moviegoers have now come to expect release dates to change amid the coronavirus pandemic. [via The Hollywood Reporter]

The multiverse is a concept that’s been on its way to the MCU ever since the franchise introduced the quantum realm and time travel in Ant-Man and the Wasp and Avengers: Endgame. It was also teased in Spider-Man: Far From Home, with Jake Gyllenhaal’s Mysterio claiming to be from an alternate dimension.

Multiverses will certainly be something that’s prevalent in the immediate future of the MCU as well, as both WandaVision and Doctor Strange in the Multiverse of Madness are set to explore the concept as well.

Furthermore, given the way that Spider-Man: Far From Home ended — with Peter Parker’s secret identity being revealed — it’s safe to assume that Electro won’t be the only iconic Spidey villain to appear in the film.

At this time, production on the still-untitled third film in the Spider-Man franchise is set to begin filming this fall, with a release date currently set for December 17, 2021.