You Can See ‘Get Out’ In Theaters For Free 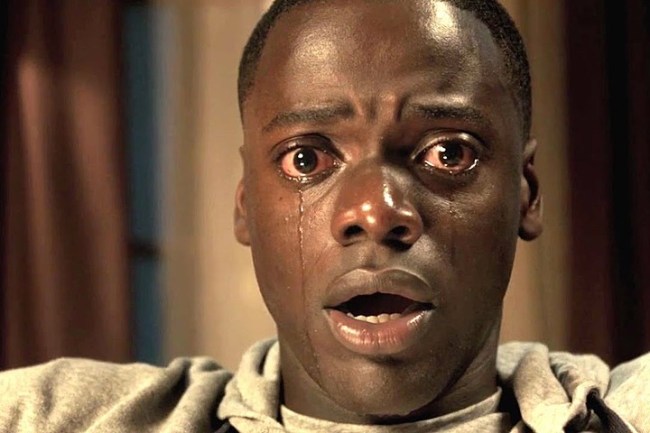 Did you miss Jordan Peele’s move Get Out? First off, what happened? But don’t fret because you have a second chance to see the film in theaters and for the low, low price of… FREE! That’s right. Free. Zero. Zilch. Zip. Nada. Nothing. However, there’s a catch because there’s always a catch.

Peele’s directorial debut is nominated for several Academy Awards, including Best Original Screenplay, Best Director, and Best Picture.
Get Out, which has a 99% rating on Rotten Tomatoes, is coming back to theaters. The horror movie, which made over $255,000,000, came out a year ago on February 24. To celebrate the anniversary and the massive success of the movie, Get Out will have showings in theaters on February 19. This Monday, which is President’s Day, you can see Get Out for $Free.99, but it will be limited to only 55 AMC Theaters across the country.

This Presidents’ Day head to participating @AMCTheatres across the country for a free screening of #GetOut to celebrate the one-year anniversary. #GetOutOneYearLater Find out more here: https://t.co/PvdzHxsaj1 pic.twitter.com/Z3dsvnQzmi

All of the free screenings will go down at 7 PM local time. You can request one free ticket each at the theater on the day of the screening and are first come, first servce basis. You can head to the official #GetOutOneYearLater promotional website to find the participating theater closest to you. You can get more information on the free movie HERE.