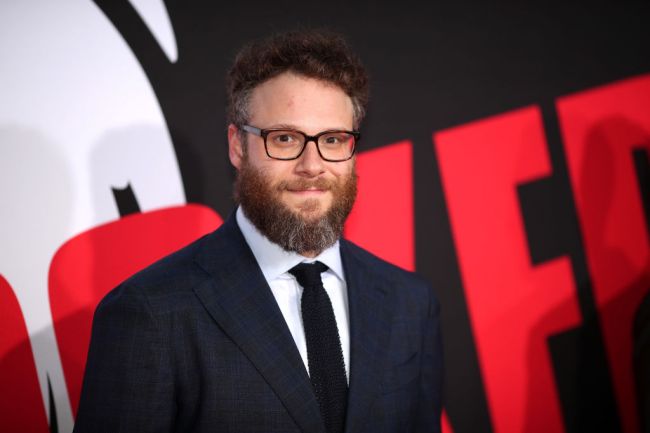 Our man Seth Rogen released a book earlier this month, titled Yearbook, and has therefore been an absolute content factory ever since. Every couple of days, we’re writing about one of his seemingly-always-bizarre celebrity encounters, such as meeting the likes of Tom Cruise and Nicolas Cage, to declaring that he’s done working with his old pal James Franco.

Rogen’s latest headline-making move has to do with one of the internet’s *favorite* topics: cancel culture. While appearing on Good Morning Britain to promote his new book, Rogen was asked about the phenomenon, particularly when it comes to comedians. Rogen, quite bluntly, said that comedians need to accept the fact that some jokes age poorly.

“There are certain jokes that for sure have not aged well, but I think that’s the nature of comedy,” Rogen said. “I think conceptually those movies are sound and I think there’s a reason they’ve lasted as far as people still watching and enjoying them today. Jokes are not things that necessarily are built to last.”

“To me, it’s not worth complaining about to the degree I see other comedians complaining about. I was never a comedian that made jokes that were truly designed to target groups that were subjugated in some way. Have we done that without realizing it? Definitely. And those things are in our movies and they’re out there, and they’re things that I am more than happy to say that they have not aged well.”

“But in my Twitter, I’ve never made a joke that’s outwardly horrific in some way, and if you have, I would question why you did that,” Rogen concluded. “Saying terrible things is bad, so if you’ve said something terrible, then it’s something you should confront in some way, shape, or form. I don’t think that’s cancel culture. That’s you saying something terrible if that’s what you’ve done.” [Good Morning Britain via Insider]

Cancel culture is… tricky. On one hand, modern society is, occasionally, far too quick on the trigger when it comes to playing judge, jury, and executioner, especially when it pertains to someone’s livelihood. And even still, if someone did genuinely err in the past does not mean they should be canceled in the present. Everyone deserves second, and perhaps even third chances, especially when they’re being judged on a perpetually moving scale. There’s a reason NFL kickers have been missing more extra points ever since they bumped the distance up from 20 to 33 yards.

But on the other hand, similar to technology, society experiences exponential growth. For thousands upon thousands of years, mankind traversed this great planet of ours in one of two ways, on foot or on horseback. Then, on what was likely a blistering summer day in 1908 Detroit, the first production-made Ford Model T was built. 56 years later, the first “bullet” train, the Tokaido Shinkansen, began operations in Japan, and five years after that, the Americans put a man on the moon. THE MOON.

Fast forward to today and we have the entire world at the palm of our fingertips (there’s an extremely high chance you’re reading this on your phone right now), with the likes of Elon Musk looking to make space travel a form of vacation. Our expectations of what we are, and what we can be, shift almost daily whether we like it or not. There was once a time where the bow and arrow was the deadliest weapon on the battlefield. Such is the nature of being a human being and the society we’ve created. Your opinion on cancel culture is likely determined by your willingness to accept that fact.