Seth Rogen Is Done With James Franco, Has No Plans To Work With Him Going Forward 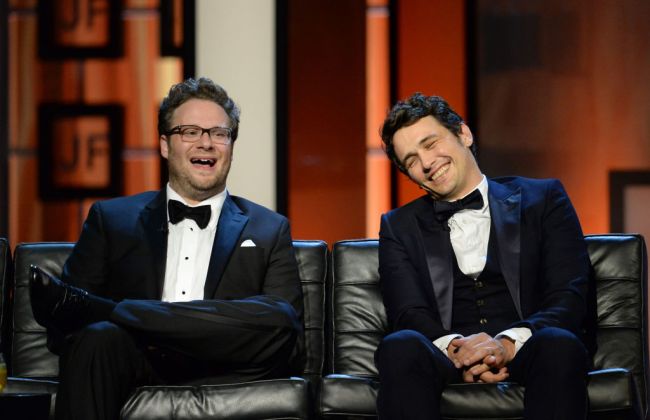 One of Hollywood’s most famous bromances is over, as Seth Rogen has recently revealed he does not plan to work with long-time collaborator James Franco again following multiple allegations of sexual misconduct.

Since 2014, Franco, 43-years-old, Franco has been accused of sexual misconduct by multiple women, with five women publicly accusing him of inappropriate behavior back in 2018.

During a recent interview with The Sunday Times, Rogen, 39-years-old, stated that both his personal and professional relationship with Franco has changed in the wake of sexual misconduct allegations made against him.

“What I can say is that I despise abuse and harassment, and I would never cover or conceal the actions of someone doing it, or knowingly put someone in a situation where they were around someone like that,” Rogen said.

Rogen and Franco have collaborated on multiple projects over the course of the last two decades, as the pair have starred in Freaks and Geeks, Pineapple Express, This Is the End and The Interview. Rogen and Franco have not worked together since 2017’s The Disaster Artist.

In addition to speaking about his relationship with Franco, Rogen also expressed regret about a joke he made while hosting Saturday Night Live that made light of the accusations against Franco.

During the 2014 sketch, Rogen joked: “To make myself feel better I decided to prank James Franco. I posed as a girl on Instagram, told him I was way young. He seemed unfazed. I have a date to meet him at the Ace Hotel.”

Seven years later, Rogen says he now regrets that joke and how he made light of accusers’ claims:

“I do look back at a joke I made on ‘Saturday Night Live’ in 2014 and I very much regret making that joke. “It was a terrible joke, honestly. And I also look back to that interview in 2018 where I comment that I would keep working with James, and the truth is that I have not and I do not plan to right now.”

Franco’s career has certainly suffered due to the allegations against him, as the 43-year-old hasn’t starred in a major studio production since 2018’s The Ballad of Buster Scruggs.