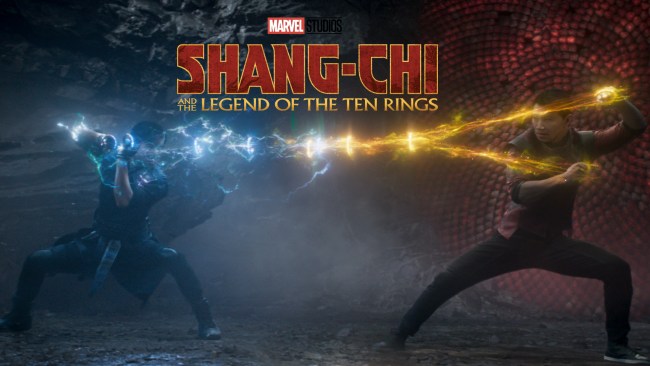 At this stage of its existence — over a decade-plus now — the floor of the Marvel Cinematic Universe is so high that essentially every movie is about the same quality unless it does something special to elevate itself. Shang-Chi and the Legend of the Ten Rings does exactly that, and in doing so, becomes one of the best Marvel movies ever made.

What are those things? There are quite a few, actually, the first and foremost being its introduction of the type of hand-to-hand combat action sequences the Marvel Cinematic Universe has desperately needed for some time. Not only are the martial arts set-pieces excellently and fluently choreographed, but they’re deployed in inventive ways, from the first bus sequence to the final third-act blowout. Credit to star Simu Liu to his commitment, as Shang-Chi’s lack of mask meant that he himself had to perform many of the stunts, which he does with aplomb. Not only is it the type of action that Marvel has needed but it’s a style that will be even more fascinating when integrated with other Avengers.

Despite its admitted size and scope, though, Shang-Chi also succeeds in its grounded, focused, family-driven A-plot. While having the primary antagonist also be the father of the hero is nothing new in terms of the history of film, within the context of the MCU, the relationship between Shang and his father Wenwu, a.k.a. The Mandarin, allows for one of the MCU’s more emotionally affecting plots. The Mandarin is easily one of the more sympathetic and vaguely understandable villains in a franchise filled with demigods and cosmic world-destroyers, and because of that, the drama of the entire film is elevated, whether that be during action scenes or simple dinner conversations. The film simultaneously feels huge in terms of its scope but small in terms of its plot, which is a credit to both the writing and the direction, as it’s able to keep the focus on the key character relationships and dynamics — the very things that hook audiences into a film — despite the massive world-building its tasked with. That conflict is then parlayed into one of, if not the most unique third-act in the franchise so far as it virtually transports audiences to another world entirely. Shang-Chi blows the lore of the MCU wide open while also cleverly connecting it to what’s already happened.

When it comes to blockbuster movies, particularly ones involving superheroes, the ultimate goal is to blend action, wonder, and emotion, and Shang-Chi achieves that at the highest levels, making it one of Marvel’s best pound-for-pound films to date. Oh, and Awkwafina is an absolute scene-stealer. If she wasn’t already on the verge of superstardom, she surely is now.

BroBible’s ‘Shang-Chi and the Legend of the Ten Rings’ Review: ★★★★½

*Top 2 are simply a class above*

‘Ten Rings’ could easily slide up to 6th because if ‘Iron Man’ came out today, not sure we’d hold it in such high regard. Still, its legacy is undeniable. https://t.co/8j4nre6kZW

Our Post-Credit Podcast will be interviewing director Destin Daniel Cretton this week, so make sure to subscribe and check that out when it drops.