On Today’s Edition Of ‘Nature, Holy Sh*t!’: Shark Gets Ripped In Half By Bigger Shark 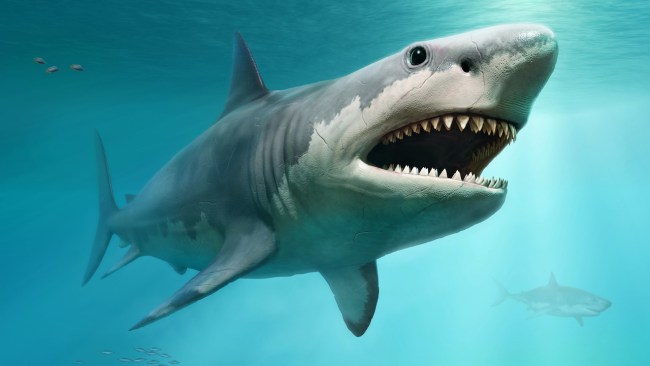 Although I say it in jest, sometimes I’ll wonder whether the ocean is actually scarier than outer space.

Space, while certainly massively terrifying, is largely an unknown entity to the average person. Like, sure, I’m sure there’s a bunch of shit out there that would make my soil myself in utter horror, but those things have yet to present themselves and therefore have yet to properly register on my fear-o-meter.

Now, if aliens came down tomorrow and forced us into an assembly line of slaughter, then perhaps my feelings would change. But right now — this second — the ocean is far scarier than space because we’re actually aware of the things that lurk down there.

Case and point, these fucking things, which actually roam our planet at this very moment: 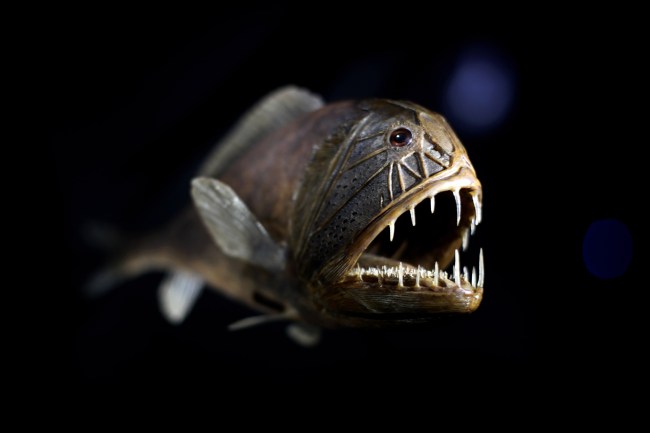 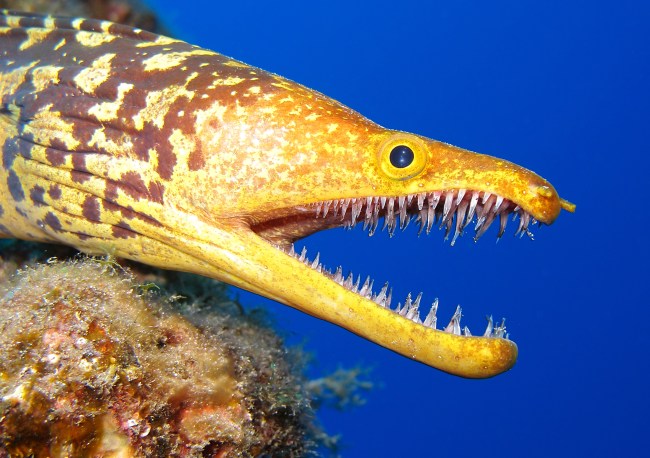 And when it comes to the terrors of the great blue seas, there is arguably none greater than the shark, which has been a fixation of humankind since we started being eaten by them thousands of years ago.

Unlike the above Moray and Fangtooth fish, sharks — all different types of sharks — can pop up anywhere in the world, especially Australia, where literally every living creature seems as if it is trying to kill you.

Take this shark, for example, that was filmed literally biting another, smaller, yet equally frightening shark clean in half:

The video — which is going viral as it was included in the Nat Geo WILD documentary Cannibal Sharks — was filmed by Sydney, Australia man Adam Malski back in 2014, who spoke to News.com.au about the moment:

“I had literally just come up from my 25 [meter] dive and dried off and grabbed my camera. I said to the dive master ‘what would happen if a smaller shark got in the way of a bigger one?’ They said they had never seen it before and literally within about six seconds—it happened. I was filming the whole thing trying to keep still and calm because it was so incredible. They’re such an elusive creature so I was so fortunate to be there.”

So let this be a lesson to you all that if you find yourself in Australia, stay out of the water, because — like all of the animals out there — the sharks just seem to be on some other shit.