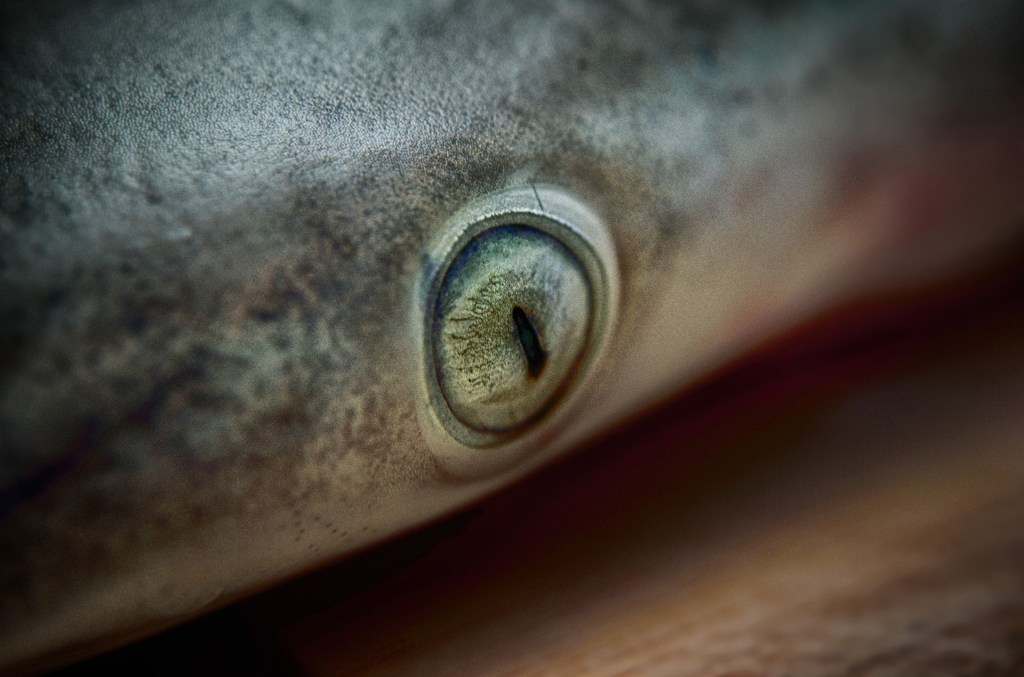 I don’t want to sound like an alarmist with everything that’s been happening lately but it certainly looks like the Gates to Hell is leaking sea monsters again and those gates can be found somewhere deep in the Indian Ocean.

This mutant baby shark caught by fishermen off the coast of Indonesia is said to have a ‘human face’ with two large round eyes underneath its snout which gives it a cartoon-like appearance.

It’s unclear if this shark came straight from our nightmares or if it looks like something that a toddler would make with Play-Doh during Arts & Crafts time at daycare. I think both can be true. This deformed shark is startling and if I ever encountered this in the wild my first assumption would be there was a ton of toxic waste dumped at the bottom of the ocean in that area.

According to reports, the shark with a ‘Human Face’ was caught by Abdullah Nuren while fishing ‘the waters near Rote Ndao in the East Nusa Tenggara province’. He accidentally caught a mother shark in a trawler net. By the time he got the shark onto the boat, it was already deceased. And then he found three inside, two which looked normal like the mother shark and this deformed shark from the depths of Hell.

Meanwhile, in Indonesia, a local fisherman has been left baffled after catching this baby shark with a 'human face' while out in the Indian Ocean. pic.twitter.com/EAKN4CbhIr

The fisherman told the Daily Mail that his house has been nonstop ‘crowded with people who want to see the shark’ and while he’s received offers from people to buy this deformed demon shark he thinks that this shark might bring him good look and he wants to preserve it instead of selling it.

The number ’13’ has been my lucky number throughout my entire life. So if this dude thinks this demon shark that escaped from the fiery gates of Hell is good luck then I won’t argue otherwise.

I’ve never been fishing in the Indian Ocean but it seems like lately there is a constant flow of peculiar creatures showing up on commercial fishing boats out there and I’m beginning to worry about what they’re pumping into the water on that side of the planet.

It has been a busy year for shark activity. This recent viral footage of a shark feeding frenzy in North Carolina is truly a sight to behold.

This article was originally published in June, 20201 and has since been updated with more information