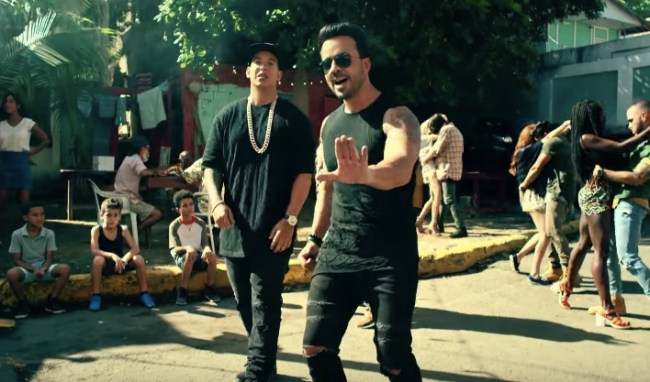 Despacito from Daddy Yankee and Luis Fonsi was the official 2017 Song of the Summer and it absolutely destroyed records along the way. It hit #1 on nearly every chart worldwide (in 47 countries), it was certified ‘diamond’ in the USA and went multi-platinum worldwide. Despacito was the first Spanish song to top the Billboard Hot 100 since Macarena and it is the most viewed YouTube video in history. In fact, it’s the first YouTube video to be viewed 3, 4, and 5 billion times (it set each milestone).

The 2018 Song of the Summer has some MASSIVE shoes to fill if it’s expected to come anywhere close to Despacito. With the first official day of Summer coming next week (June 21), it’s already time to start pinpointing what this year’s Song of the Summer might be. Last week, Shazam used a prediction algorithm based on tags to predict what will be this year’s Despacito and the results came back with these ten songs:

Nicky Jam & J Balvin – “X” — This instant classic has almost 5 million Shazams already—proof that last summer’s Latin crossover shows no sign of cooling as the weather heats up.
Ariana Grande – “No Tears Left To Cry” — The first release from her forthcoming new album, “No Tears Left To Cry” has seen a steady week-over-week increase and is now Top 5 worldwide.
Calvin Harris & Dua Lipa – “One Kiss” — Spending a month as the most Shazamed song in the world is a pretty big clue that this track will help define summer 2018!
Cardi B, Bad Bunny & J Balvin – “I Like It” — On the heels of strong growth through April and May, “I Like It” sounds so much like summer, you can smell the barbeque!
Clean Bandit ft Demi Lovato – “Solo” — With “Solo” heading straight to No. 1 in the UK, Clean Bandit have delivered another summer smash and there are no signs of it slowing down.
Childish Gambino – “This Is America” — “Redbone” was one of the most Shazamed hip hop tracks of last year. “This Is America” secured almost half a million Shazams after exploding on to the scene in May, and we expect it to continue to pick up steam—not just in America.
Drake – “Nice For What” — With a new album coming in June and tracks dropping almost weekly, “Nice For What” could be one of a handful of Drake tunes to define summer 2018. For now, though, 2.1 million Shazams in two months will suffice.
David Guetta & Sia – “Flames” — This pair has been a dream team since the release of “Titanium” back in 2011. “Flames” is sitting inside our Worldwide Top 5 right now, and has been discovered on Shazam more than 2 million times.
Ella Mai – “Boo’d Up” — On fire in the US, “Boo’d Up” has almost a million Shazams and a spot in our Top 5—and this R&B tune is still growing.
Dan + Shay – “Tequila” — Comfortably sitting in the Top 5 of the Shazam Country Music chart, the first taste from this duo’s new album has major crossover appeal. (via Shazam)

There’s still time for a number of different artists to drop a chart-topping track in the next few weeks but that time’s running out. At this point, I’d think Drake’s Nice For What has to be the front-runner with every other song chasing behind.

For more on this data, you can click here to read Shazam’s press release.