The MCU Has Confirmed When And Where Captain America Lost His V-Card, Chris Evans Responds 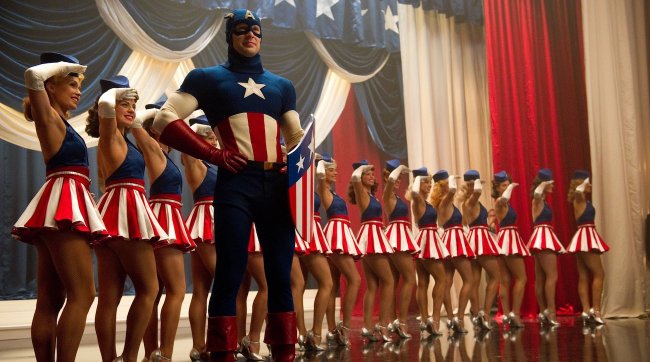 After years of debate and discussion amongst fans, the Marvel Cinematic Universe has officially made Steve Rogers’ sex life part of the official canon, as the post-credit scene in the first episode of She-Hulk: Attorney at Law confirmed that Captain America did, in fact, f**k.

Warning: this article will contain spoilers for the first episode of Disney+’s She-Hulk: Attorney at Law

During the pilot episode’s post-credit scene, newly Gamma radiation-infected Jennifer Walters is sitting at a tropical bar with her cousin Bruce Banner, a.k.a. the Hulk. Pretending to be absolutely hammered, Walters tricked Bruce into revealing that Rogers has, in fact, f***ked and that he lost his virginity during a USO tour in 1943.

She-Hulk: Attorney at Law confirms that Steve Rogers lost his virginity during a USO Tour in 1943

steve rogers was pulling bitches in THIS SUIT? pic.twitter.com/VOZHqUursg

The hilarious moment even coaxed a response out of Captain America himself Chris Evans:

If we’re being honest, MCU fans already knew that Rogers was, at the very least, not a virgin thanks to his “No, I don’t think I will” moment in Endgame which reeked of a man who time-traveled in order to spend the subsequent 50 years having virtually endless sex with the love of his life Peggy Carter.

The first episode of She-Hulk: Attorney at Law premiered on Disney+ on Thursday, August 18, and will continue to air new episodes on Thursdays through October 13. As things currently stand, the series has a 92% critics score on Rotten Tomatoes (Marvel Studios showed critics the first four of season one’s nine episodes).

RELATED: The ‘She-Hulk’ Writers Are Getting Torched For Admitting They Felt They Couldn’t Write ‘Rousing Trial Scenes’