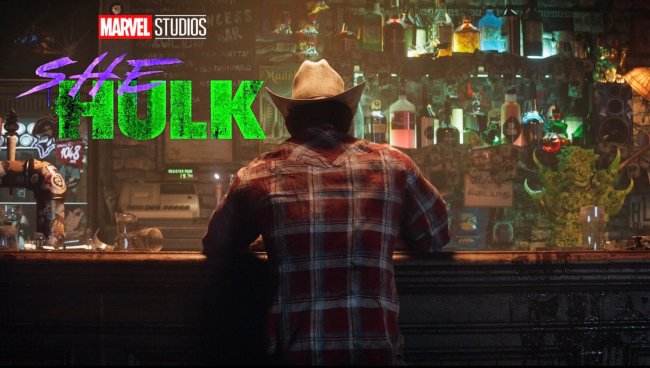 She-Hulk: Attorney at Law is the latest Marvel Cinematic Universe project to be released into the pop cultural wilderness and with it apparently comes the franchise’s first official reference to one of Marvel’s most iconic characters: a certain surly member of the X-Men.

Warning: this article will contain spoilers for the second episode of Disney+’s She-Hulk: Attorney at Law.

In the second episode of She-Hulk: Attorney at Law — which hit Disney+ on Thursday, August 25 — eagle-eyed fans noticed a headline on a website that read “man fights with metal claws in bar brawl”, which appears to be an obvious reference to Wolverine.

Marvel fans believe they’ve spotted a reference to Wolverine in the second episode of She-Hulk: Attorney at Law

While Marvel Studios has yet to officially announce any mutant-related projects, the concept of mutation was introduced into the franchise earlier this year when it was revealed that’s where Kamala Kha, a.k.a. Ms. Marvel, gets her powers from. According to recent rumors, though, Marvel Studios is certainly working on an X-Men project behind the scenes, which is rumored to be titled The Mutants.

As for Wolverine, his casting is one of the most hotly debated topics among MCU fans, as following up Hugh Jackman’s iconic performance as the character is certainly no small task.

The first two episodes of She-Hulk: Attorney at Law are currently streaming on Disney+.

RELATED: The ‘She-Hulk’ Writers Are Getting Torched For Admitting They Felt They Couldn’t Write ‘Rousing Trial Scenes’