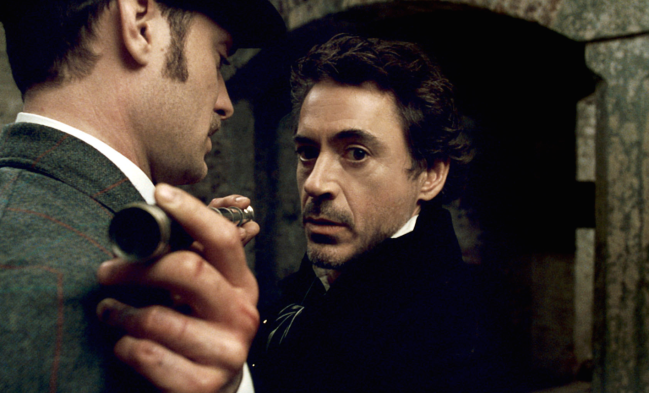 Given the record-breaking nature of the Marvel Cinematic Universe, it can be easy to forget that Iron Man wasn’t the only Blockbuster role that resurrected Robert Downey Jr’s A-list career — a year after making his MCU debut as Tony Stark, Downey went on to star in Guy Ritchie’s Sherlock Holmes.

Co-starring alongside Jude Law as the famed genius Inspector, the two Sherlock Holmes films were both critically and commercially successful, with the original 2009 outing grossing around $524 million on just a $90 million budget. The sequel, A Game of Shadows, made similar money, grossing $545 million on a $125 million budget.

Given the success of the first two films, the third film in the franchise has technically been in development for the decade since the sequel was released (Warner Bros. first announced in October 2011 that the first draft for Sherlock Holmes 3 was being produced). But with the busy schedules of both Downey Jr. and Jude Law, the third film never came to be. Until now… we think.

Taking to Instagram over the weekend, Downey Jr. shared that he’s begun training for a new role, captioning the video: “First Reel?! Here we go! Here’s a couple weeks back with Sifu Eric Oram!”

These sureee look a lot like Sherlock Holmes’ moves 👀🔍

And as fans of the Sherlock Holmes films will remember, that sort of open-palm, using-your-opponent’s-momentum-against-them fighting style is VERY reminiscent of the legendary inspector’s.

Downey Jr. FINALLY beginning production on Sherlock Holmes 3 is certainly within the realm of possibility. Back in 2019, it was reported that the third film in the franchise would be released Christmas 2021. Obviously, given the COVID pandemic, that timeline has changed. Downey Jr. beginning training now likely means filming will begin this summer, putting Sherlock Holmes 3 on track for a Summer 2022 release.