There Are RUMORS (!) That Shia LaBeouf Is Being Eyed For A Role In The MCU 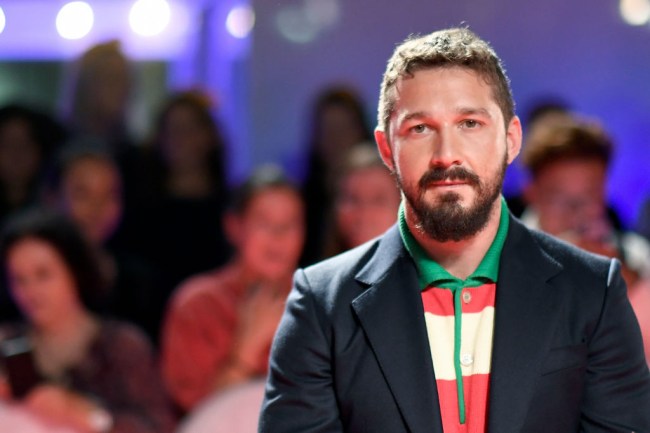 It’s happening, people, it’s finally happening: the Shia LaBeouf redemption story is almost complete. Forget the Marvel Cinematic Universe — if Shia finds himself in any major blockbuster franchise, the comeback will have been well and truly completed.

Now, I want to be absolutely clear because there’s this weird subsection of the internet that gets super butthurt when you (I) write about casting news that’s not official: what follows is a total RUMOR. When it comes to what you’re about to read and the actual truth, they’re as dissimilar as football (American) and football (European). Are we clear? Good.

So, according to rumors (specifically, rumors from the widely-criticized We Got This Covered), LaBeouf is being eyed by Marvel Studios for either Moon Knight (yes, please) or Iceman from X-Men (no, thank you). Now, more so than the rumor itself, the reason I feel compelled to write this article is that I’ve been banging on this drum for over a year now, as I wrote last summer that LaBeouf should grow out his beard and try and convince Marvel to let him take over the Wolverine mantle from Hugh Jackman.

“Still just 33-years-old, LaBeouf still has plenty of time to resurrect a career that people once thought would develop into that of a modern-day Harrison Ford. Who knows, maybe he grows out his beard a bit and convinces Marvel Studios to cast him as Wolverine/Logan.”

While a Wolverine casting seems unlikely at this stage (you gotta figure that once Wolverine does pop up in the MCU, he’s going to be leaned on heavily), casting LaBeouf in the Moon Knight role — the character is set to make his MCU debut with his own Disney+ series in the coming years — would be an absolute home run, as the character certainly qualifies as one of Marvel’s darker heroes.