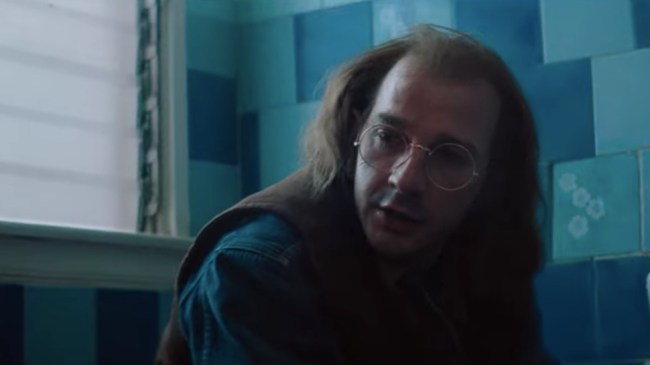 In case you hadn’t already heard, Shia LaBeouf is (finally) in the middle of his own mini-McConnisance.

After largely being lost in the wilderness of his own devices in recent years, LaBeouf has three films set to come out in 2019, all of which look like they’re going to be bangers.

Earlier this week, the trailer for Honey Boy — which LaBeouf himself wrote — dropped. Based on his life as a childhood actor, LaBeouf stars in the film as his own father. Originally premiering at Sundance Film Festival earlier this year, Honey Boy currently boasts a 100% on Rotten Tomatoes, with critics specifically praising the story and LaBeouf’s performance.

Then, there’s the more mainstream indie The Peanut Butter Falcon, which also currently boasts a 100% on Rotten Tomatoes (and is currently in theaters at the time of this writing):

Lastly, LaBeouf is set to appear in The Tax Collector. While not much is known about the film — there’s certainly no sign of a trailer quite yet — the last time LaBeouf teamed up with director David Ayer (who wrote Training Day), he put forth a career-best performance in Fury, where he was stealing scenes from the likes of Brad Pitt, Jon Bernthal, and Michael Pena.

Seriously, go back and watch Fury and you’ll realize that LaBeouf is practically acting circles around some of the most respected dudes in the game. Trust me when I say that’s no small feat.

More: Why We Love Shia LaBeouf

Still just 33-years-old, LaBeouf still has plenty of time to resurrect a career that people once thought would develop into that of a modern-day Harrison Ford. Who knows, maybe he grows out his beard a bit and convinces Marvel Studios to cast him as Wolverine/Logan. Who says no (not counting Disney, because they’ll definitely say no)?

So, welcome back, Shia. We’ve missed you.