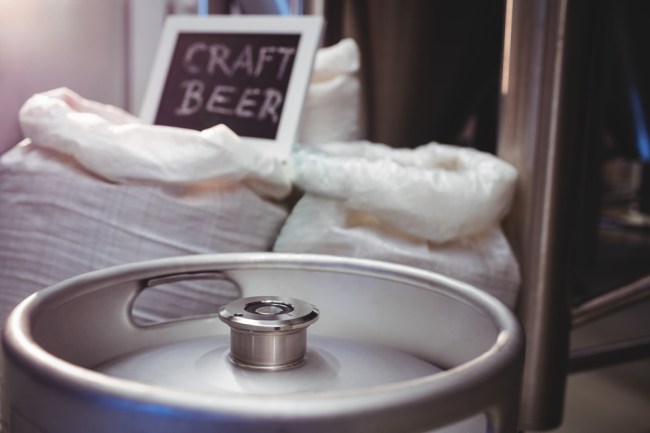 As the beer market becomes increasingly saturated as basically everyone who’s made a beer in their garage decides it’s a good idea to open their own brewery, companies who once dominated the macro and microbrew game have had to start to look for ways to stand out. If you really want to make a mark, your best bet is to make really fucking good beer, but it never hurts to hedge your bets in other ways.

Beer tourism has become a thriving industry over the past few years, with people flocking to craft havens like Vermont, Colorado, and cities up and down the West Coast in search of some of the most sought-after beers in the country. At least a couple of breweries— including Dogfish Head and BrewDog— have opened (or plan to open) places where beer lovers can recover from a long day of drinking by a long night of drinking, and now another is following in their path.

The newest brewery to jump on the beer hotel bandwagon is Maine’s Shipyard Brewing, which is planning to spend $65 million along with an investment group to open what they’ve dubbed a “brewtel.” The Portland Press Herald says it will have everything: a 105-room hotel with a taproom in the lobby, a television station devoted to beer, and the ability to call the front desk to have a keg delivered to your room to ensure you’re getting the freshest brew possible.

The news came shortly before the company revealed their production has dropped 44% since their peak in 2013, a year when I helped contribute to their success by sucking down more Pumpkinhead in glasses lined with cinnamon sugar than anyone should. There’s no timeline for when the hotel will open to the public, so it’ll be a while before we’ll see how this pivot works out.