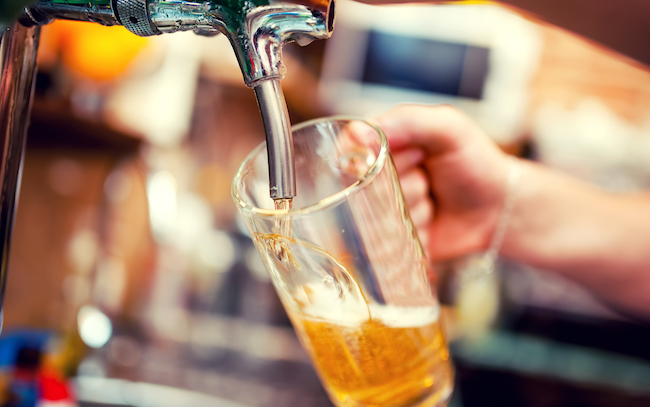 The craft beer boom has created a new wave of tourists who are following in the footsteps of those who’ve made a pilgrimage to Napa Valley or the Italian countryside by flocking to the source to get cultured while getting their drink on. Thanks to the explosion of small-batch breweries, people who couldn’t give less of a shit about skiing or the color of leaves in the fall finally have a reason to go to Vermont, and  the city of San Diego actually has something to entice visitors with for the first time since the Spanish landed there in the 1500s.

Thanks to the magic of capitalism, people are quickly figuring out how to take advantage of beer tourism— for example, there are plenty of companies that will offer to shuttle you from brewery to brewery so you can sample the wares without having to get behind the wheel. Dogfish Head even opened up their own inn for people who want to make sure they have plenty of time to experience what the brewery has to offer.

However, it looks like BrewDog is taking things to the next level.

The British brewery recently announced their plans for The Doghouse, a 26-room hotel being constructed at the company’s headquarters in Aberdeenshire, Scotland. Guests will have a view of the brewing facility from their quarters and will have the chance to taste the fruits of the labor they’re overseeing thanks to the taps that will be installed in every room.

The hotel is set to open in the first half of 2019, and if you need some additional convincing, I should mention I forgot to include there’s a fridge in each bathroom that will provide you with as many shower beers as your heart desires. If that doesn’t get you on board, I don’t know what will.