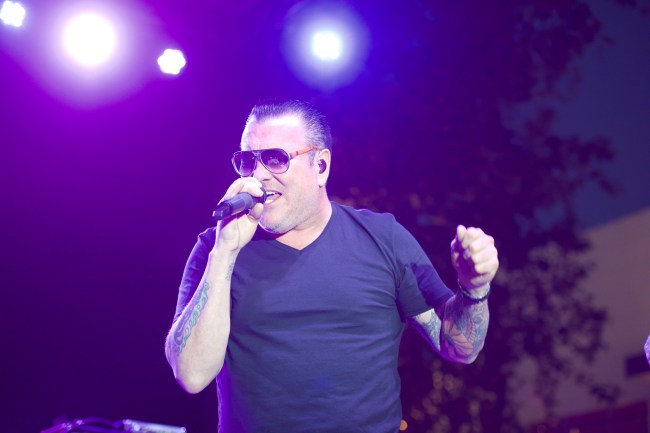 Thousands of bikers showed up to Sturgis, South Dakota this weekend to watch Smash Mouth in concert despite the fact that we’re still in the middle of a pandemic.

The band headlined the Sturgis Buffalo Chip, a multiday festival that brings hundreds of thousands of people each year and is set to feature several other bands in the upcoming days including Trapt, Buckcherry, Drowning Pool, Night Ranger, Reverend Horton Heat, Lit, 38 Special, Quiet Riot, and Big Skillet.

Pictures and videos on social media of the band’s set show that most people in attendance weren’t wearing masks or practicing social distancing.

these people risked it all to see Smash Mouth last night pic.twitter.com/6yDbVXXEGN

During Smashmouth’s performance frontman Steve Harwell went on to shout “Now, we’re all here together tonight … Fuck that COVID shit!”

Here is a brighter video to see all the people (credit KOTATV) pic.twitter.com/P7XW46BLiS

The jokes were pretty obvious for this one.

Well smash mouth did say “Somebody once told me the world is gonna roll me I ain't the sharpest tool in the shed” the tweet writes itself https://t.co/RJfHcFFDBE

Your brain gets smart but your head gets dumb https://t.co/HNepsUMmMX

He was looking kind of dumb,
with his finger and his thumb,
in the shape of an L
on his forehead. https://t.co/kQOgXH3fZw