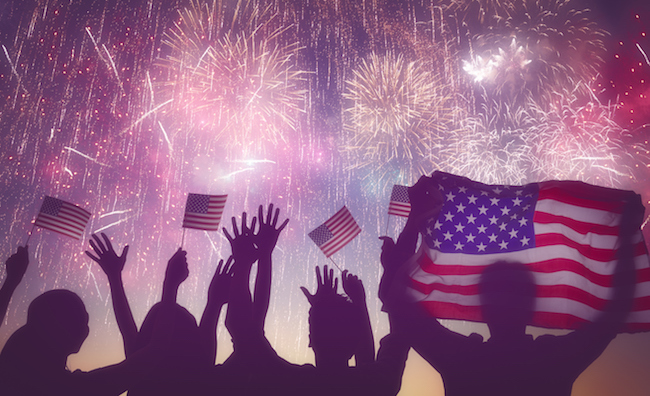 One of the major flaws with summer is that despite being the nicest time of the year, there are virtually no holidays that give you an excuse to take a day off from work to risk getting sunstroke by drinking outside for hours in the afternoon. The one exception is Independence Day, the only federal holiday nestled between the Memorial Day and Labor Day, the two holidays that respectively serve as the unofficial start and end of summer.

Unfortunately, the calendar pulled some major bullshit this year when it decided the 4th of July should fall on a Wednesday, which makes things very difficult for people who traditionally rely on the holiday for a three day weekend. Thankfully, one company has decided to do what they can to make things right.

According to Delish, the good people at Smirnoff are giving away $500 to 100 lucky people who will be blessed with a some-expenses-paid five-day weekend (assuming you manage to get some time off approved at a time when basically everyone is trying to take off the 5th and 6th).

“I think we can all agree that Wednesday isn’t enough time to celebrate America’s birthday. Who wants to head back to work and do work things when you could be on a beach, on a boat or on a mountain celebrating the good ole US of A?”

If you’re looking to spend more than one day getting your patriotism on, you can enter win by explaining why you deserve a day off by commenting on basically any of Smirnoff’s social media account by July 1st. If not, I wish you the best of luck in convincing your employer they hate America by not giving you a couple of days off on their own.