SNL And Dave Chappelle Are Facing Backlash For His Monologue 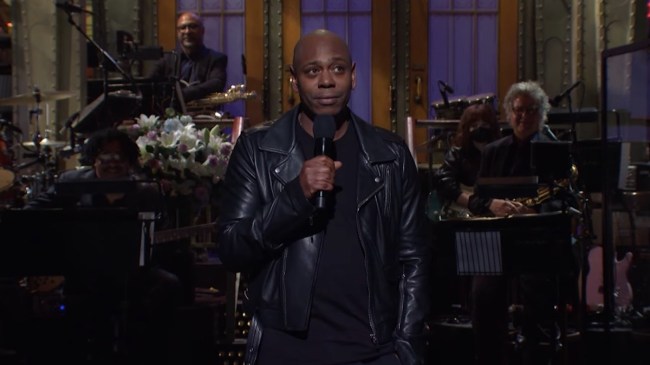 Continuing a tradition that first started in 2016 and was repeated in 2020, legendary stand-up comedian Dave Chappelle hosted the first Saturday Night Live following this year’s elections.

The first half of Chappelle’s monologue specifically focused on the antisemitic rhetoric perpetuated by West and Irving in recent weeks and is now being slammed for being offensive in and of itself.

“We shouldn’t expect Dave Chappelle to serve as society’s moral compass, but disturbing to see ‘SNL’ not just normalize but popularize antisemitism. Why are Jewish sensitivities denied or diminished at almost every turn? Why does our trauma trigger applause?” Greenblatt tweeted on Sunday.

Chappelle is certainly no stranger to controversy as he’s spent of the majority of his recent Netflix stand-up specials — the latest of which, “The Closer”, was released about a year ago and caused an internal protest within Netflix — intentionally provoking the LGBTQ community.

In addition to his controversial opening act, the 49-year-old also appeared in a handful of sketches — one of which resurrected some of his iconic Chappelle’s Show characters. You can find those on SNL‘s YouTube channel.