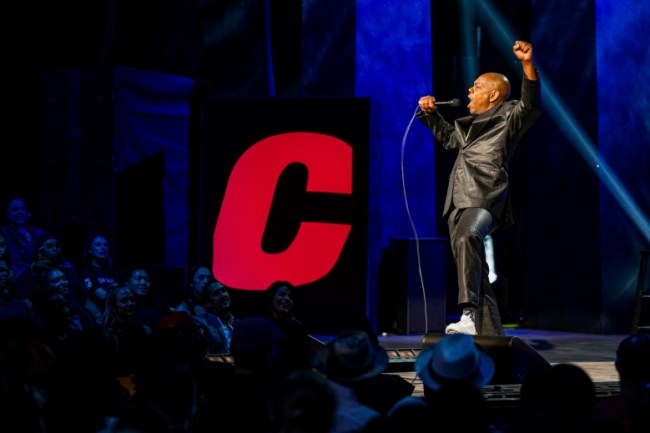 Netflix CEO and chief content officer Ted Sarandos has sent a memo to company employees that effectively defends Dave Chappelle and his newest stand-up The Closer in the wake of backlash to jokes he made about the LGTBQ community.

In a memo obtained by Variety, Sarandos — who becoming co-chief executive officer of the streaming giant in 2020 — acknowledged the anger and disappointment felt by some staff members while also defending Chappelle’s right, particularly as a stand-up comedian, to have “artistic freedom.”

“Externally, particularly in stand-up comedy, artistic freedom is obviously a very different standard of speech than we allow internally as the goals are different: entertaining people versus maintaining a respectful, productive workplace,” Sarandos’ statement reads.

Sarandos’ statement comes after Dear White People executive producer Jaclyn Moore said she would be boycotting working with the streamer while organizations such as The National Black Justice Coalition and GLAAD have also condemned the special, even going as far as calling on Netflix to take it down.

RELATED: Dave Chappelle Claims DaBaby Got In More Trouble For LGBTQ Comments Than For Murdering Someone In A Walmart

As for Chappelle, who has now released seven specials on Netflix (if you include 2020’s 8:46), he seems to be reveling in the outrage, as he said in front of a packed Hollywood Bowl crowd last week that if this is what “being canceled” is, then he “loves it.”

You can read Sarandos’ full memo below, obtained by Variety:

I wanted to follow-up on the “The Closer” — Dave Chappelle’s latest special — as several of you have reached out following QBR asking what to say to your teams. It never feels good when people are hurting, especially our colleagues, so I wanted to give you some additional context. You should also be aware that some talent may join third parties in asking us to remove the show in the coming days, which we are not going to do.

Chapelle is one of the most popular stand-up comedians today, and we have a long standing deal with him. His last special “Sticks & Stones,” also controversial, is our most watched., stickiest and most award winning stand-up special to date. As with our other talent, we work hard to support their creative freedom – even though this means there will always be content on Netflix some people believe is harmful, like “Cuties,” “365 Days,” “13 Reasons Why” or “My Unorthodox Life.””

Several of you have also asked where we draw the line on hate. We don’t allow titles Netflix that are designed to incite hate or violence, and we don’t believe “The Closer” crosses that line. I recognize, however, that distinguishing between commentary and harm is hard, especially with stand-up comedy which exists to push boundaries. Some people find the art of stand-up to be mean-spirited but our members enjoy it, and it’s an important part of our content offering.

In terms of our commitment to inclusion, we’re working hard to ensure more people see their lives reflected on screen and that under-represented communities are not defined by the singe story. So we’re proud of titles like “Sex Education,” “Young Royals,” “Control Z” and “Disclosure.” Externally, particularly in stand-up comedy, artistic freedom is obviously a very different standard of speech than we allow internally as the goals are different: entertaining people versus maintaining a respectful, productive workplace.

Today’s conversation on Entertain the World was timely. These are hard and uncomfortable issues. We all bring different values and perspectives so thank you for being part of the conversation as it’s important we’re clear about our operating principals.