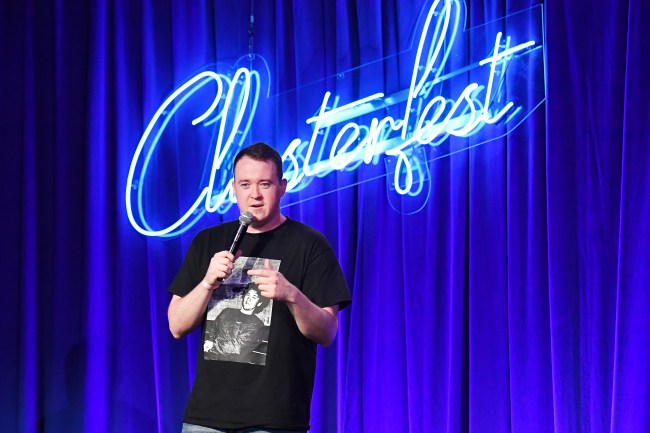 Just four days after Saturday Night Live announced Shane Gillis as one of three new additions to its cast for the upcoming 45th season, the sketch show did a take back and dropped the comedian after clips of him making derogatory remarks about Asians and gays resurfaced.

A spokesperson on behalf of SNL creator Lorne Michaels said in a statement:

“After talking with Shane Gillis, we have decided that he will not be joining ‘SNL.’ We want ‘SNL’ to have a variety of voices and points of view within the show, and we hired Shane on the strength of his talent as comedian and his impressive audition for ‘SNL.’  We were not aware of his prior remarks that have surfaced over the past few days. The language he used is offensive, hurtful and unacceptable.  We are sorry that we did not see these clips earlier, and that our vetting process was not up to our standard.”

An irritated Gillis responded in the wake of his firing with this message posted to his Twitter account.

The court of public opinion is more or less split on the firing of Gillis, who on a since-deleted episodes of Matt and Shane’s Secret Podcast called Asians ‘ch*nks’ and referred to comics like Judd Apatow and Chris Gethard as “white f*ggot comics” and “fucking gayer than ISIS.”

There are those who think justice was served.

SNL reversing its decision to hire Shane Gillis isn’t a triumph of cancel culture or political correctness or whatever else idiots will label it. It is the swift and appropriate rectification of a mistake.

I don’t get what cancel culture has to do with Asians not wanting a racist being a celebrity on SNL. Shane Gillis was being himself on that podcast. I didn’t see him telling any joke. A comedian pushes boundaries – a racist uses comedy as an excuse to be a fucking cunt.

I’m so sorry to all the Asian-American folks who have to read/hear this Shane Gillis stuff. I finally watched the video & only made it a few seconds in. It felt sickening & hurtful & it wasn’t even directed at me. I’m also sorry this crowds out what should be Bowen Yang’s moment.

And others, like SNL alum Norm Macdonald, who think cancel culture unjustly won out.

Congrats on firing a #ShaneGillis for jokes. Great move!

I can only assume you're going to stay consistent and stop inviting #AlecBaldwin to your show, right? Or does he get a pass because his politics align with yours?

A no good, very bad day for Shane Gillis.