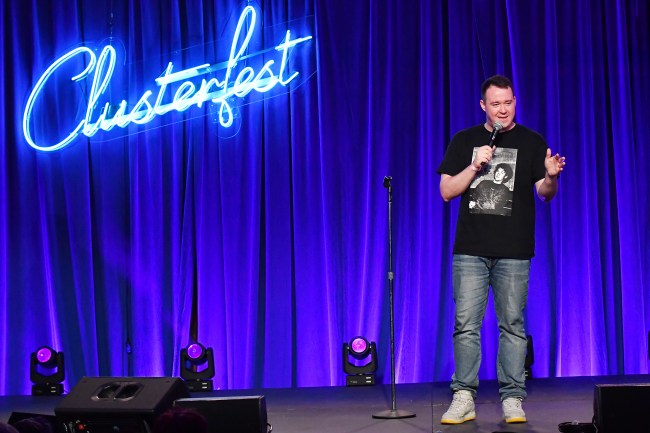 The best day of Shane Gillis’ life was immediately followed up by one of the worst.

After Saturday Night Live announced Gillis as one of three new additions to its cast for the upcoming 45th season, footage resurfaced by journalist Seth Simons features Gillis making crude remarks about Asians and gays.

“Chinatown’s fucking nuts” he says at one point in a September 2018 conversation with Matt McCusker on an episode of Matt and Shane’s Secret Podcast (since deleted). He follows it up by saying “why do the fucking ch*nks live there?”

today SNL announced the hiring of its first cast member of East Asian descent, and also this guy pic.twitter.com/0FAGJZJUkK

Gillis also says that an Asian person trying to learn English is annoying to him and after conceding to say, “Nice racism. Good racism.”

this, again, is from September 2018 pic.twitter.com/inYFT22zjl

In another episode of the podcast, Gillis refers to comics like Judd Apatow and Chris Gethard as “white f*ggot comics” and “fucking gayer than ISIS.”

What makes Gillis’ comments more controversial is that one of the other cast members SNL is brining on is Bowen Yang, a child of Chinese immigrants who is set to become the only openly gay cast member.

the trade publication framing around shane gillis has been exceptionally bad. they claim it's a "resurfacing" when it's was less than a year ago. they take at face value his excuse that he's doing "comedy" when all of his comments weren't jokes onstage but a conversation.

We, like many, were very quickly disgusted by Shane Gillis' overt racism, sexism, homophobia and transphobia – expressed both on and off stage – upon working with him years ago. We've deliberately chosen not to work with him in the years since.

thinking about tweeting that shane gillis is a bootlicking racist prick that harasses women for not wanting to fuck him, but i'm super scared someone will suggest that i'm jealous or only saying it to get booked on a show, which is the ultimate insult to me!! what should i do??

There’s a lot more of that with one search of Shane Gillis’s name on the internet.

The comedian took to Twitter to apologize for pushing the boundaries and claimed his comments were in the pursuit of making people laugh.

Gillis is one of several comedians as of late to get hammered for past remarks. Trevor Noah went on an apology tour for old tweets that offended women and Jews. Kevin Hart had to pull out of hosting this year’s Oscars no thanks to uncovered homophobic tweets. It was also revealed that Sarah Silverman was fired from a new movie over a blackface sketch that was filmed 12 years ago.

Saturday Night Live has yet to comment on the uproar.