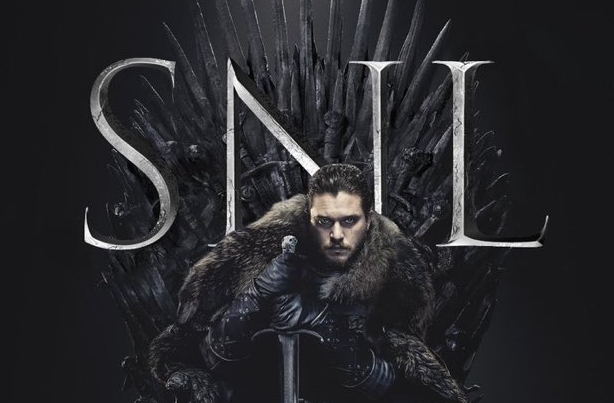 Rose Leslie has some questions for Kit. 👀 #SNL pic.twitter.com/KIQ1bdyZI4

Then Harington returned to his Jon Snow character in a Game of Thrones spinoff titled Castle Black, which is a GOT version of Riverdale where Kit falls in love with a female White Walker. Then there is an animated show called Arya, based on MTV’s Daria. Then there is a GoT version of SVU that starred Mariska Hargitay and Ice-T.

Live from New York, it's @Mariska and @FINALLEVEL! Did you see #SVU stop by #SNL? pic.twitter.com/EGVq2nfzi0

Other Game of Thrones-themed TV shows included a Gilly and Samwell sitcom called The Queen of Kings Landing, Cersei and the City, No Ballers with Varys, the Unsullied Army and Reek AKA Theon Greyjoy, The Marvelous Mrs. Melisandre, and Wildling Out a spoof on Wild ‘N Out, Dirf Guys and Hordor’s House.

Here are the previews of Kit Harington’s SNL episode.