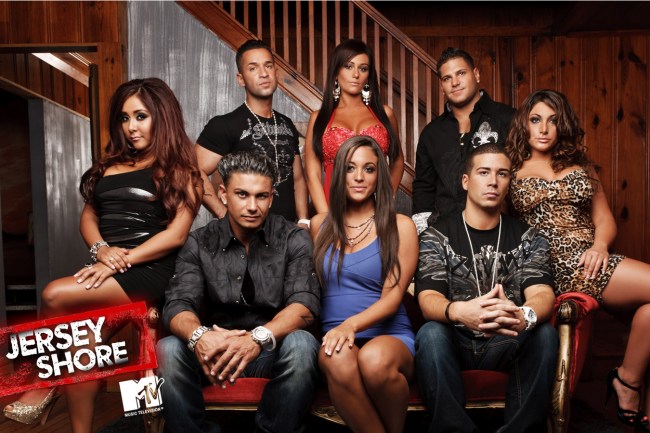 When the first episode of The Jersey Shore aired on MTV on December 3, 2009, no one could have possibly predicted its astronomical success. The series ran for six seasons and became MTV’s highest-rated series ever. The Guido Gang is back together, as Jersey Shore: Family Vacation premiered on April 5 and will follow the original cast around Miami.

With spin-off shows, club appearances, and various business ventures since the show ended, all members of the cast have pulled in a king’s ransom. RadarOnline reports that after receiving $400,000 in signing bonuses, $200,000 in end-of-season bonuses, and $150,000 for a reunion episode, Snooki, The Situation, and DJ Pauly D each made about $2.55 million for Season 6. And that doesn’t even include their per-episode rake ins.

Before the show took off, MTV paid the cast not in money, but in gift cards.

“We would get $200 a week from the Shore Store. I had never gotten that much in a week, like, every single week, because you usually get paid every two weeks.”

Snooki, the show’s fan favorite, ranked at the top of the show’s earning list–raking in $2.55 million dollars a season for Snooki, with bonuses included.

A true rags to riches tale.