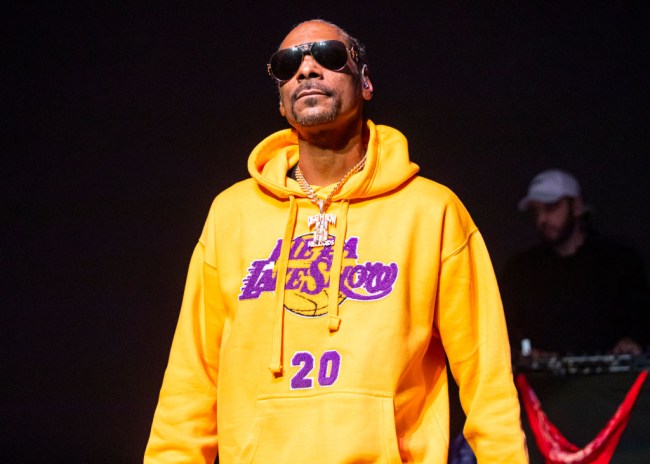 Snoop Dogg has apologized to Gayle King after he threatened him because she asked questions pertaining to Kobe Bryant’s 2003 rape case.

During a recent episode of CBS This Morning, King was interviewing former WNBA star Lisa Leslie, and they were discussing Kobe Bryant in the wake of the superstar’s tragic death from a helicopter crash. King brought up the rape allegations against Kobe from a 19-year-old hotel employee in Eagle, Colorado.

“It’s been said that his legacy is complicated because of a sexual assault charge, which was dismissed in 2003, 2004,” Gayle said to Leslie in the interview. “Is it complicated for you as a woman, as a WNBA player?”

“It’s not complicated for me at all,” Leslie responded. “I just never, have ever seen him being the kind of person that would do something to violate a woman or be aggressive in that way. That’s just not the person that I know.”

Gayle King, who is a journalist, was quickly attacked for asking the Kobe question by Snoop Dogg, 50 Cent, rapper Boosie BadAzz, and LeBron James.

Snoop Dogg went the hardest at Gayle King, and in a now-deleted Instagram video he said: “Way out of pocket! What do you gain from that?”

The former gangsta rapper called Gayle a “funky dog head bitch.” Snoop Dogg ended the video by threatening King, “Respect the family and back off, before we come get you.”

On Wednesday, Snoop Dogg had a much different tone towards Gayle King and issued an apology to the CBS This Morning anchor.

“Had a talk with my momma thank u mamma 2 wrongs don’t make it right time to heal @gayleking Peace n love Praying for u and your family as well as Vanessa and the kids,” Snoop Dogg captioned his Instagram post.

“Two wrongs don’t make no right, when you’re wrong, you gotta fix it,” he said in the video. “So with that being said, Gayle King, I publicly tore you down by coming at you in a derogatory manner based off of emotions of me being angry at a question you asked.”

“I overreacted,” the Compton rapper continued. “I should have handled it way different than that, I was raised way better than that, so I would like to apologize publicly for the language that I used and calling you out your name and just being disrespectful.”

“Anytime you mess up, it’s OK to fix it, it’s OK to man up to say that you’re wrong,” he said. “I apologize. Hopefully we can sit down and talk, privately.”