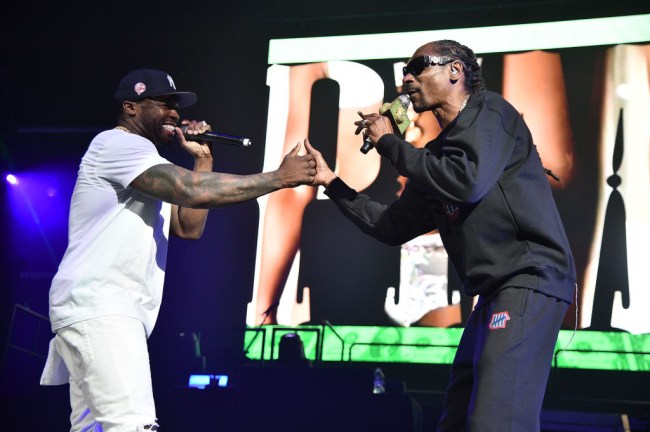 A 19-year-old Eagle, Colorado hotel alleged that Kobe raped her. Bryant said that the sexual encounter was consensual, and the case was dropped after the accuser refused to testify. The accuser filed a civil lawsuit in 2004, and the two parties settled a year later. The Los Angeles Times reported that the settlement was likely more than $2,5 million because it would probably have a confidentiality agreement.

“It’s been said that his legacy is complicated because of a sexual assault charge, which was dismissed in 2003, 2004,” Gayle said to Leslie. “Is it complicated for you as a woman, as a WNBA player?

“It’s not complicated for me at all,” Leslie responded. “Even if there’s a few times that we’ve been at a club at the same time, Kobe’s not the kind of guy—never been, like, you know, ‘Lis, go get that girl, or tell her or send her this.’ I have other NBA friends that are like that. Kobe was never like that.”

“I just never, have ever seen him being the kind of person that would do something to violate a woman or be aggressive in that way,” Leslie continued. “That’s just not the person that I know.”

Leslie said the media had “many years” to ask Kobe about the rape case, and that the media “should be more respectful at this time.” “I don’t think it should be something we should be hanging over his legacy.”

Gayle’s interview questions about the rape case enraged many following the heartbreaking death of Bryant and his 13-year-old daughter Gianna Bryant. 50 Cent slammed Gayle King and her friend Oprah Winfrey for their relationships with men who have been accused of or committed sexual assault, including Harvey Weinstein.

50 Cent says Gayle King’s questions went too far when she brought up past allegations against Kobe Bryant in an interview with former WNBA star Lisa Leslie.

King has since stated the questions were taken out of context when published in isolation by CBS: https://t.co/itlJOCMHFP pic.twitter.com/CkZiHuwQdJ

Baton Rouge rapper Boosie BadAzz also went after Gayle. “Why would ask a question like that? Why would you tarnish someone’s image?”

He also asked for an interview with the CBS This Morning anchor.

LeBron James piled on Gayle King without mentioning her by name. “Protect @LisaLeslie at all cost! You’re a real Superhero!! Sorry you had to through that s*%#!!! We are our own worse enemies! #Mamba4Life.”

Snoop Dogg went on Instagram to blast Gayle King. “Way out of pocket! What do you gain from that?” Snoop asked why Gayle didn’t interview Harvey Weinstein and called her a “funky dog head bitch.” The Compton rapper told her to “respect the family and back off, before we come get you.”

Snoop also posted photos of Gayle with accused Hollywood sexual predator Harvey Weinstein, who is currently in trial for his alleged crimes.

In another Instagram post, Snoop shared a pic of Oprah with Weinstein. Snoop defended Michael Jackson against the allegations that he was sexual with children. Snoop also wrote: “Free Bill Cosby.”

Bill Cosby has been accused by at least 60 women of sexual abuse, many alleging that he drugged them and took advantage of them while they were passed out. In 2018, Cosby was sentenced to three to 10 years in state prison for drugging and sexually assaulting Andrea Constand at his home.

On Thursday, “Bill Cosby” was trending on Twitter because there were people outraged that Snoop Dogg said, “Free Bill Cosby.” But Bill Cosby was also trending because somehow Bill Cosby was able to use social media from prison.

“Snoop – when they brought me to my gated community and placed me inside of my penthouse, they didn’t win nor did they silence me,” the Instagram post said.

“It’s so sad and disappointing that successful Black Women are being used to tarnish the image and legacy of successful Black Men, even in death,” the post continued. “Are these people that in need of fame, ratings and/or money?”

“On behalf of myself, Camille and my family, thank you, thank you and thank you,” Cosby’s post ended. “My heartfelt prayers are with Kobe and his family, as well as with Michael Jackson and his family. May their legacies live on forever.”

Gayle King has since apologized on Twitter for the question about Kobe’s rape case.

“If I had only seen the clip that you saw, I would be extremely angry with me too. I am mortified, I am embarrassed and I am very angry,” King said. “Unbeknownst to me, my network put up a clip from a very wide-ranging interview, totally taken out of context and when you see it that way, it’s very jarring.”

“I wanted to get Lisa’s take on it as a friend who knew him well. What she thought, where that would stand,” she continued. “It was very powerful when she looked me in the eye, as a member of the media, to say it’s time for the media to leave that alone and back off. During the course of the interview, I asked follow-up questions because I wanted to make sure her position and perspective were very clear.”

“For the network to take the most salacious part, when taken out of context, and put it up online, for people who didn’t see the whole interview is very upsetting to me and is something I’m going to have to deal with them,” King said.

King added that she had spent “many social occasions” with Kobe, and described him as “kind and warm.”

“The last thing I would want to do is disparage him at this particular time,” Gayle said in the video apology. “I hope people understand that.”