Soldier Snags Parachute On Helicopter And Hangs By A Thread 6,500-Feet In The Air Until Tense Landing 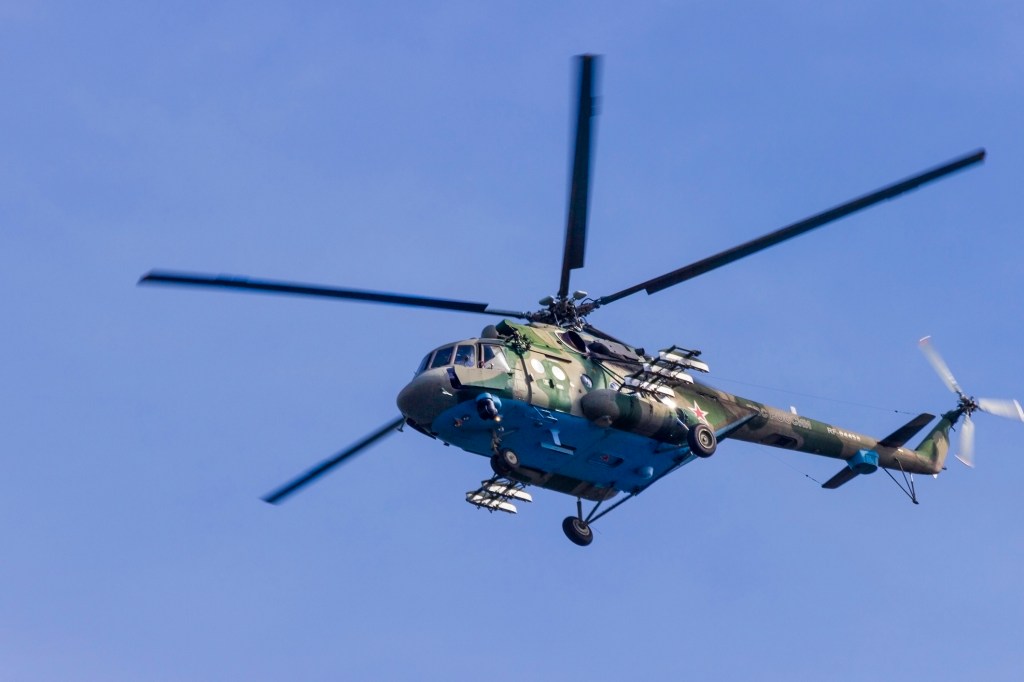 I saw one of those viral memes this week that’s a list of risky things people have done in life (smoked, skipped school, etc) and one of the two things on the list I’ve never done is go skydiving. For anyone wondering, the other is ‘go on a cruise’ which I have no interest in whatsoever. I’ve always told myself I’ll go skydiving in Panama where I can jump and see both the Caribbean and Pacific at the same time because that’ll be a cool experience but now I’m having reservations after watching this clip.

The footage shared on Twitter shows a soldier from the Russian Aerospace Forces jumping out of a Mil Mi-8 Hip helicopter. The soldier’s parachute gets snagged and leaves him dangling dangerously behind the helicopter several thousand feet in the air. This is a nightmare scenario. The ‘chute has been deployed so if he falls he’s screwed unless he’s wearing a backup that he can reach if he isn’t all wrapped up in the other parachute.

Then as the helicopter descends back to the ground to try and get the soldier back to safety the danger continues to increase because if those ropes snap he’s too close to the ground to deploy the backup even if there was one. According to The Drive, we don’t know if the soldier was using a ‘static line method’ where the parachute is automatically deployed or if they were attempting to free fall and deploy themselves.

Here’s a YouTube version of the events along with two tweets with footage that was posted to Russia’s Telegram site:

Video of the parachutist hanging on below the Mi-8 helicopter over Chita after his parachute got snagged on the Mi-8’s tail. 2/https://t.co/L4GAacTV6a pic.twitter.com/J52BtJddZ7

Video of the Mi-8 helicopter landing the parachutist whose parachute became entangled on the helicopter. 3/https://t.co/aZ1DEADhlh pic.twitter.com/8RZxHpWrLH

According to The Drive, the helicopter was moving at 124 miles per hour. The temperature outside side -4 Fahrenheit. And they were flying at 6,500 feet above the ground when the incident occurred.

Here’s another version of the footage on YouTube without the robot voice:

There’s certainly an investigation already underway. Given that this took place in Russia, I’m doubtful we’ll ever know what the actual cause of this freak accident was but I’m glad we’re watching this footage with the soldier making his way safely back to the ground because this could’ve gone in a completely other direction if the straps snapped.