Someone Stole The Original Iron Man Suit And If You’re Out There, Can I Wear It? (I Won’t Tell) 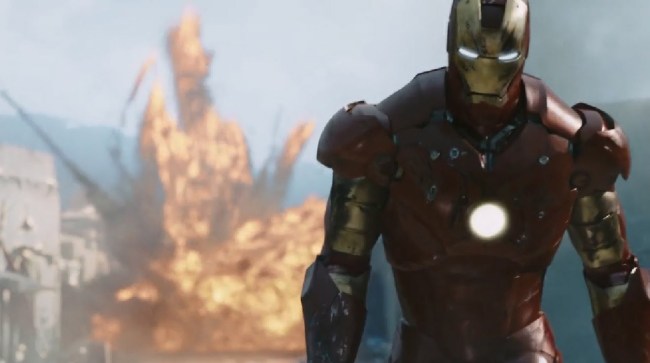 Listen, I know we have seen some ridiculously cool Iron Man suit knockoffs made by very creative fans over the years. They all have incorporated various aspects of the fictional comic book suit that we’ve come to know and love thanks to the Marvel Cinematic Universe. Someone even recently built himself a real life Hulkbuster suit.

But! What if you could wear the ACTUAL MARK III SUIT that Tony Stark, I mean Robert Downey, Jr. wore in the very first Iron Man movie, aka the very first movie of the epic Marvel Cinematic Universe?

That would be pretty effing awesome, right?

Now don’t get me wrong. I am not condoning the stealing of said Iron Man suit, valued at over a quarter of a million dollars, but I can understand why someone would be tempted to do such a thing.

According to the Los Angeles Times…

The costume, valued at $325,000, vanished from a prop storage warehouse in the 13000 block of Weidner Street sometime between February and late April, according to Officer Christopher No, a spokesman for the Los Angeles Police Department.

The famous red and gold suit, which first flashed across movie screens in the 2008 “Iron Man” film that kick-started Marvel’s movie empire, was reported missing Tuesday, No said. Employees at the warehouse “just happened to check” on Tuesday and noticed the costume was gone.

So they “just happened to check” and noticed the FREAKING ORIGINAL IRON MAN SUIT WAS GONE “sometime between February and late April!” They almost deserve to have had it stolen. Almost.

Since the LAPD says they don’t really have any suspects a the moment, may I just suggest one for them to look into when they have a free minute?