This Sommelier’s Review Of Four Loko Is Art 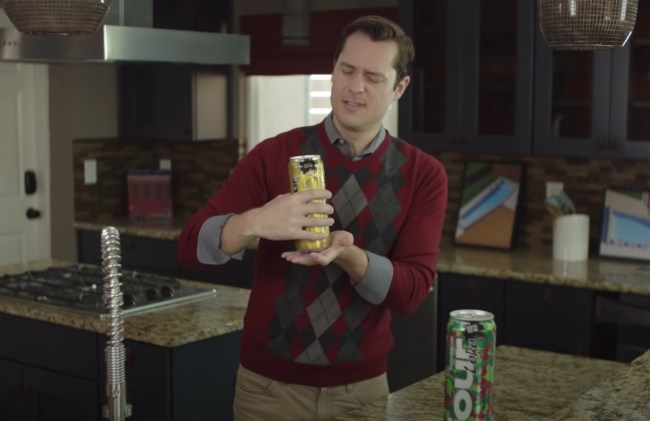 I sincerely doubt the ‘Unemployed Wine Guy’ on YouTube is the first sommelier to review Four Loko but I’m willing to bet the farm that his off-the-rails review is the best.

‘Smell(ing) the garden coming off of this Four Loko‘ he says as he winces in pain from the pure gasoline that’s now making its way into his bloodstream and unlocking that sense of euphoria and invincibility one can only attain through Four Loko. He makes mention of the ‘tingle’ throughout his entire body that Four Loko is known for and this is despite Four Loko dropping the copious amounts of caffeine years ago.

Is this a high-brow and serious review of Four Loko from a sommelier? Absolutely not. Is this review infinitely better because it takes a comedic approach? Of course, it is. All wine, beer, and liquor reviews should be funny in my opinion. I don’t want to hear about how some wine tastes ‘like cat piss’ and how that’s actually supposed to be a good thing.

Is he actually a certified sommelier? I have my doubts but I don’t think that changes how much I enjoyed this clip that goes off the rails in a hurry. Anyway, here’s the Unemployed Wine Guy reviewing Four Loko:

Anyone who says “it’s like liquid Ritalin mixed with Coca-Cola and the old-time Coca-Cola that had cocaine on it’ has clearly never tried Ritalin and doesn’t realize that stuff is about as powerful as a Pixy-Stik. Clearly, what he meant to say was Vyvanse or Adderall but we’ll give him a pass here since he was drinking Four Loko which can have a strange effect on the mind.

After coming across this video earlier today I started to stumble down this guy’s YouTube channel and he has reviews of MD 20/20, Olde English 800, and White Claw. I figured since you’re already here, if you enjoyed the Four Loko review you might as well check out his review of Olde English 800:

I honestly cannot remember the last time ‘OE’ hit my lips. College, maybe? I don’t even know if we were grabbing Olde English for ‘Edward 40 Hands’ because it was that bad. Instead, we’d opt for whatever other 40s we could find. That stuff is potent. This brought back some truly visceral memories.

If you want more, you can subscribe to the Unemployed Wine Guy YouTube Channel by following that link.