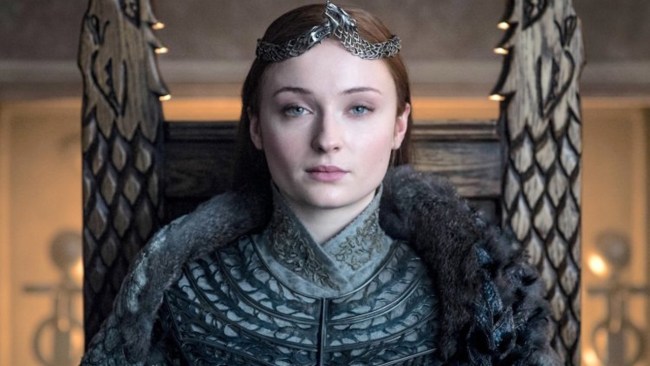 While most of us are usually eager to impress our parents when we’re kids, the same cannot be said for X-Men and Game of Thrones actress Sophie Turner.

During a Vogue Paris sit down with fellow Dark Phoenix co-star Jessica Chastain, Turner — who was just 13-years-old when she was cast as Sansa Stark — revealed that she did not tell her own parents about her Game of Thrones audition.

Turner, who says she auditioned as “a jokey thing to do”, revealed that she and all her friends tried out for the soon-to-be-iconic HBO series as a joke and did not even bother to tell her parents.

“Me and all my friends auditioned. We just thought it was kind of a fun, jokey thing to do. And then I just got call back, after call back,” Turner begins.

“My parents found out when I was in the final seven, and then my mom kind of freaked out, and she called my dad and said, ‘I don’t know if we can do this,’” Turner continued.

“But my dad said, ‘Shut up, this is what she has wanted her whole life. You have to let her give it a go.’”

And just like that, Turner landed one of the most widely-recognized television roles of the last decade, a role that she would inhabit for the next eight years.

“She [Turner’s mom] jumped on me and said, ‘You got the part,’ and we both ran and jumped in the pool and ate loads of pizza that whole day. It was the best day ever,” Turner reminisced.

In hindsight, Turner’s decision to sell a little white lie to her parents ended up being a wise one, because at just 23-years-old, she is currently one of the most well-known actresses in the world thanks to her star turn as Sansa Stark.