Sound On: Listen To The Crazy Laser Gun Noise That Happens When You Drop Ice Down A Super Deep Hole In Antarctica 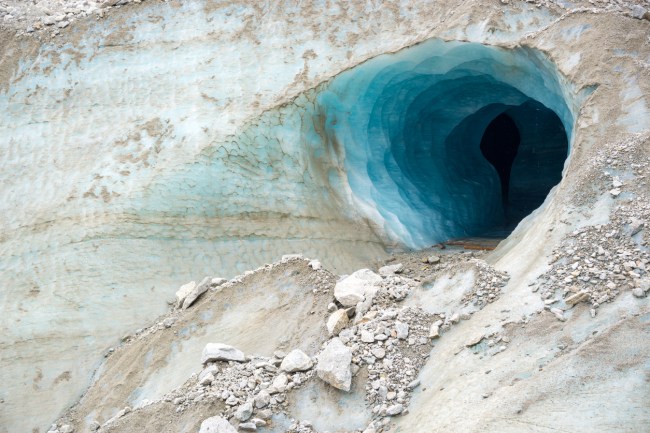 What is a person to do in remote, forbidding Antarctica? Drop ice down super deep holes, of course. It turns out that you can get much entertainment by dropping blocks of ice down drill holes since it makes crazy laser gun sounds… because science.

John Andrew Higgins is an isotope geochemist, and when he’s not studying how many isotopes are in various elements, he enjoys dropping ice in holes. Higgins posted a video of the bizarre curiosity on Twitter with the caption: “What does a 9-inch ice core sound like when dropped down a 450-foot hole? Like this!”

What does a 9 inch ice core sound like when dropped down a 450 foot hole? Like this! Credit to @peter_neff for the idea and @Scripps_Polar, @sciencejenna, @GeosciencesPU, @US_IceDrilling, and @paleosurface for the execution! pic.twitter.com/pW7LxKdbUB

WOAH. There’s an entire laser gun battle going down in that hole and probably more accurate than Stormtroopers.

Higgins stole the idea from glaciologist Peter Neff, who started the trend of tossing ice down drill holes. Neff threw a block of ice down a 295-foot hole in Law Dome, Antarctica in 2018. That video also went viral, amassing over 10 million views on Twitter alone.

When #science is done, it's fun to drop ice down a 90 m deep borehole in an #Antarctic 🇦🇶 #glacier ❄️. So satisfying when it hits the bottom.

Neff explained the science behind the strange “pew-pew” sound that is created when ice is thrown down a solid ice borehole.

“Then, when the ice hits the bottom of the borehole, the sound doesn’t only come straight up – the sound waves start to bounce off the sides of the hole,” Neff explained. “That’s why you hear this ‘pew!’ with sort-of a heartbeat sound afterwards.”

Here’s the story on this crazy sound (V1), plus the basic science @blueicehiggins, myself, & others do studying past climate with #Antarctic ice cores. 🇦🇶🧊❄️ pic.twitter.com/QAtjcxXXGh

The cause of the crazy acoustics is the Doppler effect. Wikipedia gives us the definition of the Doppler effect: “The change in frequency of a wave in relation to an observer who is moving relative to the wave source. It is named after the Austrian physicist Christian Doppler, who described the phenomenon in 1842.”

An example of the Doppler effect is when sound changes as a car or an ambulance’s siren is coming towards you but then has a different noise as it moves away from you.