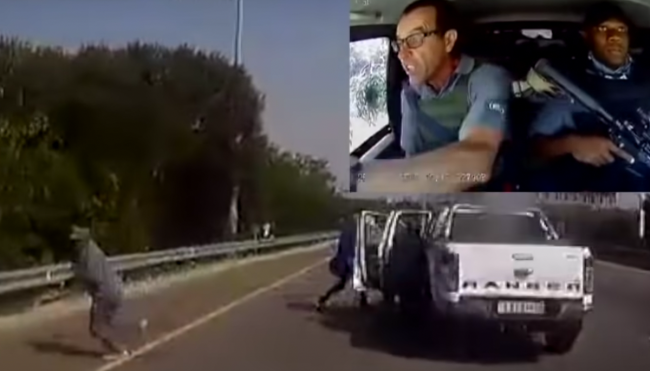 Virtually everyone on the planet will encounter an “I Don’t Get Paid Enough To Deal With This” Moment at some point during their time in the workforce, but even the most vicious exchange with a Karen doesn’t come close to rivaling what one armored car driver in South Africa had to put up with while making the rounds earlier this month.

The driver in the video is Leo Prinsloo, a former police officer and Special Task Force member who remained about as calm and composed as you can be while attempting to evade a gang of armed robbers responsible for doing some impromptu quality control on your vehicle’s bulletproof glass.

Prinsloo was accompanied by Lloyd Mtombeni, who got a very rude welcome to the job he’d been working for less than a week. It’s a story that’s straight out of the action movie the footage could’ve been pulled from—including a new clip captured by the truck’s dashcam that shows the wild series of events that unfolded on the road in Pretoria where things went down.

Prinsloo eventually pulled over for the robbers (who fled without taking any cash) after impressively eluding them but managed to escape unscathed—although the same cannot be said for the Toyota Landcruiser he was piloting.

Eat your heart out, Michael Bay.