Man Dresses Up As The Joker, Jumps On Top Of Car, And Throws Money In The Air Amid Spring Break Chaos In Miami Beach 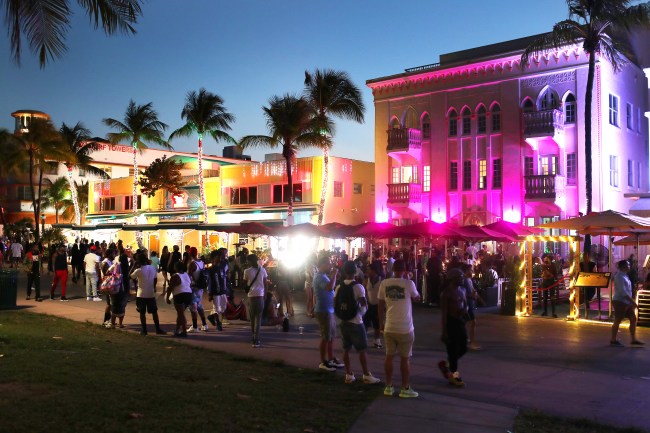 Things are getting pretty wild on South Beach.

On Saturday afternoon, Miami Beach mayor issued an emergency 8 pm curfew in an effort to get unruly spring breakers out of the beach area.

The Miami Beach mayor says the Spring Break situation has gotten so wild and out of control — the city is now closing the entire entertainment district down at 8pm. They are also blocking the bridges into Miami Beach after 9pm and only allowing locals and hotel guests in.

Miami Beach Mayor Dan Gelber: "We're getting an enormous amount of people here, more than we can handle. Too many are coming really without the intention of following the rules, and the result has been a level of chaos and disorder." pic.twitter.com/QQ86HIKOmU

Despite the curfew, it did not appear that spring breakers were going to be willing to leave South Beach.

A little over an hour til curfew in South Beach pic.twitter.com/Fnf2NUcgN8

Before the curfew set in on Saturday night, a man dressed up in a joker outfit, jumped on top of car, began yelling “COVID is over baby” and threw money in the air.

Paints face and hair like the Joker, goes to South Beach, climbs up on a car with an American flag, screams “Fucking COVID is over baby!” and makes it rain. #BecauseMiami pic.twitter.com/JTLEjzCZps