Midwest Stargazers Witness String Of Lights In The Sky 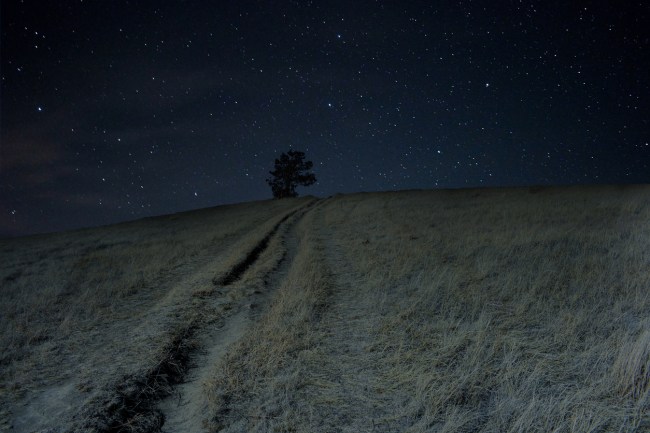 During the Christmas week, stargazers in several Midwest states witnessed a string of lights in the night sky. Don’t fret, it is not the beginning of an alien invasion with UFOs in attack formation. The unidentified objects are small satellites that were recently launched into orbit by SpaceX.

This week, photos and videos of a strange row of lights in the sky over Illinois, Iowa, Michigan, Missouri, and Ontario, Canada.

If you saw a row of UFO like lights in the sky in IL, IA, MI (like this but spaced out), that was SpaceX Starlink Satellites! You'll be able to see them in the next few days, too!
Check here for a map (and set the time back to see their track today) https://t.co/wtkU9xSFY9 pic.twitter.com/cZ4UUvj5Zc

Here's video of the white lights in the sky tonight. #UFO #starlink any other guesses? #Michigan pic.twitter.com/0Cm0WvsH4T

Wow!! We've been getting a few questions about the Starlink satellites along with reports of sightings from Kansas City to Michigan to Ontario. Here is more information about the phenomenon. #newx #iawx pic.twitter.com/YYJolEvbs9

The lights were also seen in France on Christmas Day.

Just spotted for the first time some #Starlink satellites in the sky of France! Perfect straight line of bright glitters. Not my best photographic work but didn't get much time to set-up the #Nikon gear… pic.twitter.com/ImrWetxphi

The satellites were brought into orbit last month and were seen in Venezuela, San Francisco, and Los Angeles, California.

Quick clip of the #SpaceX #Starlink pass over the Bay Area a few minutes ago pic.twitter.com/3L5Oovzn2v

Did you see it? Not a #UFO, 60 of @SpaceX’s recently launched #Starlink satellites just passed *directly* over Los Angeles! @NASASpaceflight https://t.co/aZ7ek2bznH pic.twitter.com/ReHByhQZAz

The sightings were not Santa and his reindeer flying overhead or UFOs, but rather a new SpaceX satellite system. On November 11, 2019, SpaceX launched 60 Starlink satellites on a Falcon 9 rocket from Cape Canaveral, Florida.

You can use the website SATFLARE to see when the Starlink train will fly overhead where you live.

Starlink, which is expected to be fully operational in mid-2020, will provide internet to rural areas that don’t have reliable internet connections. “SpaceX is developing a low latency, broadband internet system to meet the needs of consumers across the globe,” SpaceX said. “Enabled by a constellation of low Earth orbit satellites, Starlink will provide fast, reliable internet to populations with little or no connectivity, including those in rural communities and places where existing services are too expensive or unreliable.”

SpaceX plans to launch thousands of these satellites orbiting the Earth to blanket the planet and provide worldwide internet service. In October, SpaceX asked the International Telecommunication Union to arrange spectrum for 30,000 additional Starlink satellites. This is in addition to the 12,000 low-orbit satellites that Elon Musk’s space company was already approved by the U.S. Federal Communications Commission.

Each Starlink satellite is said to cost $300,000, but SpaceX expects that the company will make $30-$50 billion a year in revenue. The company will charge $200 for a receiver unit that can be placed on the roof of a house, a car, or a boat.