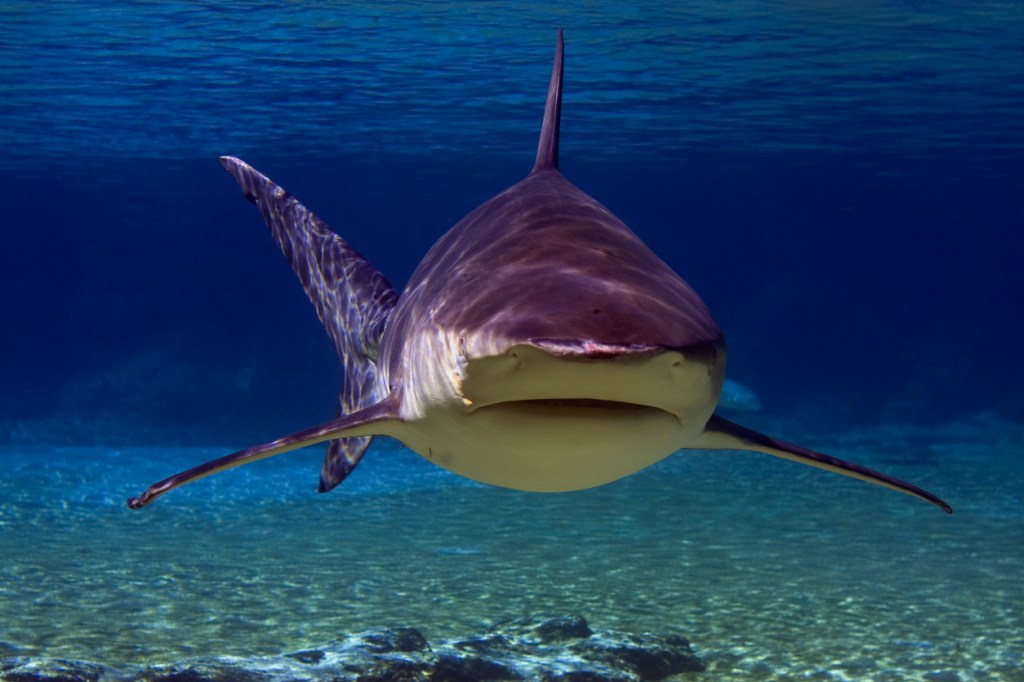 This is a shark attack story where I’m almost glad there isn’t footage of the incident because Phillip Brown’s detailed story is enough.

Phillip Brown was spearfishing with friends off Yarrabah on the east coast of Cairns, Australia when his nightmare scenario began to unfold. He was exploring an underwater cave that was about 1,000 feet away from shore and bumped into a massive bull shark.

Brown said the bull shark was “three meters long, easily” which would put it at about 10 feet. He and the bull shark surprised each other and even though he wasn’t carrying any fish on a stringer from his spearfishing trip he knew things were about to get tense. He just didn’t know that within moments he’d think he was going to die.

Phillip shared his story with Australia’s Tropic Now news and it sounds like something you’d expect to see in a Hollywood film. He says “we sort of both got a fright from each other but I was still a long way from the rocks, so I tried to swim a bit faster to the rock. I knew what was going to happen; he’s a bull shark, he’s going to have a go at me.”

It was then that he felt “a big, numb jerk” and he says the bull shark “twisted, popped my knee out the socket.” The shark opened up a massive gash on his calf but Phillip Brown believes a previous knee injury actually might have saved his life.

He told the local news “If I didn’t have the dislocated knee, I think he probably would have ripped it off.” But this is also when he started fighting for his life. He wasn’t exactly defenseless, after all, he had a speargun with him.

“I stabbed him on top of the head with the spear gun and he took off but he kept circling around because I was losing a lot of blood. He came back two or three times trying to have a go but I was in ankle deep water.”

By this point, according to For the Win, he was using an anchor rope as a tourniquet to slow the loss of blood but he was still losing a ton. And despite being in shallow water, the blood was enough to keep the shark on his heels even after his friends arrived to help carry him to a boat and get him to a hospital as fast as they could.

Once the dust had settled, he told reporters “I thought it was my last day. I thought I was going to lose my leg or lose my life” and that doesn’t sound like an exaggeration at all.

Once he was back to the beach and on his way to safety it dawned on him that his girlfriend would never let him live this down. Prior to the dive, she told him ‘not to go out’ and she was worried about the dive. Once he was back, she hit him with ‘see, I told you to stay home’ which sounds like something she’ll be repeating until the end of time.

He will need surgery to repair the lacerations from the bull shark but his wounds are clean at this point (not infected) and he’s recovering.

To read more about this you can head on over to Tropic Now by following those links above!